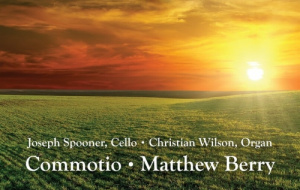 At First Light is a memorial work with a series of slow meditations around an exuberant motet, with instrumental commentary from a lamenting cello. Word uses texts by Welsh priest and poet R.S. Thomas to explore Gospel contemplation today.

Matthew was Organ Scholar and then Assistant Organist at Univ. After conducting The Oxford Chamber Choir for two years as a student, he founded Commotio in 1999. After finishing his degree, he studied post-graduate choral direction with Patrick Russill for two years at the Royal Academy of Music in London.

If you would like to stream the CD, it is available both on Spotify and Apple Music. The CD is also available for purchase on Presto Classical. You can find out more about Commotio on their website.

Dimê is an ancient settlement in…