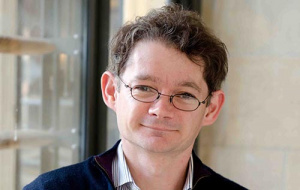 Professor Daniel Grimley, Senior Lecturer in Music at University College, has been awarded an AHRC “Leadership Fellowship” to support a project entitled “Delius, Modernism and the Sound of Place”.

Frederick Delius (1862–1934) is among the most compelling figures in early twentieth-century music, and was a catalysing influence for a generation of composers, writers, and musicians either side of the First World War. The project draws on recent writing in cultural geography and the philosophy of place, as well as more ‘conventional’ musicological literature, to develop a critical reassessment of Delius’s music and its entwinement with place as an aspect of his broader relationship with early twentieth-century modernism.

The aims of the project are not only to engage at a more sophisticated analytical level than hitherto with Delius’s major works, but also to frame discussion within a broader investigation into the role and state of place in early twentieth-century music. The results of this research will include a monograph, a digital catalogue of Delius’s works prepared in conjunction with the British Library and the Danish Centre for Music Publication, and a series of events relating to Delius and his music.