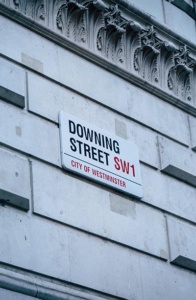 Politics is what makes you realise that Game of Thrones is far less fantasy and far more fiction. A world in which men and women plot, betray, and lie their way to power; now which one am I describing here? Blair and Brown: The New Labour Revolution both feeds into this pessimistic description of politics and attempts to dispel it. We are treated to the story of the landslide 1997 election and the subsequent Labour governments of the early 21st century, from the mouth of those who made it happen. This nostalgic trip down memory lane is primarily focused on the fractious relationship between its titular characters, the Prime Minister and his Chancellor. Despite the slightly unreliable narrators (all of whom are Labour veterans) the clear differences in the ideologies of Blair and Brown make for an interesting watch, with the policy-focused vision of Brown being a complete contrast to the charismatic “centrism” of Blair. The relationship between the two is perhaps best summarised by the former home secretary John Reid, Brown’s was the old story: “the prince couldn’t wait for the king to die”.

The series is a showcase of the reality of politics, as much about internal threats as external ones. The first few episodes focus on the rise of new labour, beginning with Mandelson and Kinnock. Presented through rose-tinted glasses, the compassionate ideology that motivated the labour rebrand is deconstructed with ‘trust’ being the underlying principle. However, the election of Blair to party leader, as opposed to the side-lined Gordon Brown, is perhaps a more interesting storyline. Similarly, the whispers of sleaze and collusion regarding Iraq are far more exciting than an analysis of monetary policy or devolution, the documentary reflects our modern political values — full of reality TV-esque drama. The series does feel as if it’s been written by those who wish to present New Labour in a positive light, failures were simply misunderstandings, and self-interest was non-existent. And yet despite this obvious bias, you cannot help but admire the movement, and those who took part in it. If only the modern Labour party showed such charisma and passion and was full of such ideological and driven leaders, the political arena could be a very different place.