War is my Condition 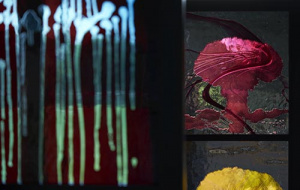 Frederick Waxman (2014, Experimental Psychology) is the Musical Director/Producer of War is my Condition, a production inspired by Monteverdi’s tragic love story. Tancredi, a crusader, and Clorinda, a Saracen, fall in love but Clorinda dies when Tancredi fails to recognise her on the battlefield and mortally wounds her.

This new production has built on Monteverdi’s original scene by adding other madrigals by him to explore the story, first depicted in Torquato Tasso’s poem Jerusalem Delivered, more fully. The characters of Tancredi and Clorinda are played by dancers and set in the Great Entrance Hall of the Brunel Museum. The production has been loaned three stained glass windows by Brian Clarke, architectural artist, which will be incorporated as part of the set.

At Univ, Frederick was an Academic Exhibitioner (Proxime Accessit to the Susan Mary Rouse Memorial Prize), Choral Scholar, and Instrumental Scholar. Now, in addition to being Musical Director of Ante Terminum Productions, Frederick is a member of the Arnold Schoenberg Choir in Vienna and recently performed, as an oboist, a series of double concertos and duets at FitzFest with Dan Bates, principal of the Orchestra of the Age of Enlightenment.

War is my Condition is on at the Brunel Museum, London, from 2-5 September.

On Sunday 15 September, in collaboration…

Visitor in the Creative Arts announced

Sculptor Melissa Pierce Murray has been appointed as…