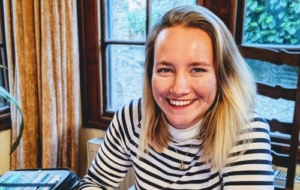 Sage Goodwin (2017, DPhil History) has designed a Valentine’s Day card which will be sold in Sainsbury’s this year. She won a competition run by Ohh Deer and Sainsbury’s to find new illustrations for their Valentine’s Day cards this year. Alongside her DPhil, Sage works as a freelance artist, designing her own illustrations and taking commissions for both human and animal portraits.

Sage’s DPhil thesis explores the multiple ways television news covered the struggle for black freedom over time. But it recognises that television news was a result of its social context as much as it contributed to the shaping of society. It goes beyond the final product of coverage to consider the interactions between television news and civil rights from all angles. She traces the complex interplay between what was shown on screen, the decisions made behind the scenes at every level to produce it, and how viewers at home both black and white reacted. Through this fully integrated approach, she maps the shifting contours of the dialectical relationship between the evolution of television news and the progression of the struggle for black freedom.

She is the co-founder and co-convenor of the “Cultural Histories, Cultural Studies” seminar, a weekly seminar that explores the methodologies and theories relating to cultural studies across a range of disciplines. She was the 2018-2019 Director of the Oxford Research Center in the Humanities (TORCH) Race and Resistance Network, a network that hosts weekly public events ranging from lectures, reading groups, and panel discussions, to book launches, networking events, and film screenings. Through this programme, Race and Resistance aims to provide a space that transcends disciplinary boundaries and the divide between the university and the city to connect scholars, students, and local activists, engaging with the rise of and resistance to racial hierarchies in Oxford and beyond. She is funded by the Rothermere American Institute Esmond Harmsworth Graduate Scholarship in Culture and the Global History of Capitalism Doctoral Studentship. 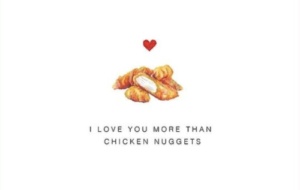 Sage previously studied an MSt in US History at Balliol College, winning the Rothermere American Institute’s Carwardine Prize for most outstanding student on the MSt course. She also won the History Faculty Prize for best dissertation in American and Global History. She did her undergraduate history degree at St. Hilda’s College, Oxford.

You can buy the card at Sainsbury’s now. You can see more of Sage’s work on Instagram.

The Language of Symmetry