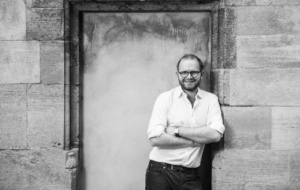 Dr Oliver Cox (2006, BA & DPhil History) has been appointed Head of Academic Partnerships at the V&A, starting in August 2022. Oliver is currently Heritage Engagement Fellow and Co-Lead of the Oxford University Heritage Network.

Head of Academic Partnerships at the V&A is a new leadership role within the VARI (V&A Research Institute), NAL (National Art Library) and Archives team that recognizes the V&A’s important role in designing research-led teaching for the 21C. The postholder will lead on the strategic development of new academic partnerships that build on the V&A’s track record in innovative, interdisciplinary teaching to co-develop UG and PG HE programmes that equip students with the knowledge, skills and aptitudes needed to deal with and lead in our fast-moving and ever more complex world.

Oliver was also recently awarded a British Academy Fellowship to investigate how to transform visitor experience from passive consumption to active engagement with these historical spaces and collections. It will map the barriers to presentation and interpretation of country houses which are both former homes, early art galleries and now public heritage spaces. It will explore how we manage and navigate this shift from private to public, questioning if these places should be presenting what is left as a time capsule of a period when gifted for public use, or focussing on what is most significant? It will use methodologies from the museum sector to create new approaches for historic interiors, looking at case studies in the USA and northern Europe, and build new collaborative communities of practice.

Oliver is a historian with a particular interest in the social and cultural history of the eighteenth-century British Atlantic World. His research in heritage focuses on the social, cultural and political position of the British country house in the twentieth and twenty-first centuries. He is particularly interested in broadening the range of academic disciplines and approaches that use the country house both as a source of archival material and as a site for knowledge exchange and public history.

He received his undergraduate, master’s and doctoral degrees from the University of Oxford. His DPhil explored how, and why King Alfred (848/899) became a national hero in England and America between 1640 and 1800. He is interested in the ways in which the past was experienced through different types of media, including plays, poetry, art and architecture – in the eighteenth-century British Atlantic World.

In 2016, Oliver Cox was photographed and interviewed as part of the Young Univ Gallery project, which was conceived in 2016 by our then Master, Sir Ivor Crewe, who wanted to counterpoint our traditional – and mostly white male – portraits in Hall by illustrating the diversity of Univ’s student body and the exciting and varied careers they go on to pursue.

The Prince visited Univ on…