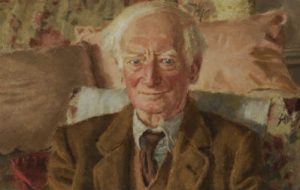 One would think that in a College like Univ, there would be no opportunities left to uncover a cache of unknown archives awaiting rediscovery. This is not always so. Last winter, we found a large quantity of documents in a cellars here, which were all transferred to the archives.

The records comprise several dozen correspondence files, which all came originally from our Estates Bursary. Some of them relate to internal College matters, such as the refurbishment of the Chapel, the Shelley Memorial, and the Library in the 1920s and 1930s, but most of the files relate to properties owned by the College.

In amongst these files was at least one unexpected treasure, namely some previously unknown letters from one of our most eminent former members, namely William Beveridge (Fellow 1902-9; Master 1937-45), famous for the great Beveridge Report of 1942, which laid the foundations for the postwar welfare state. 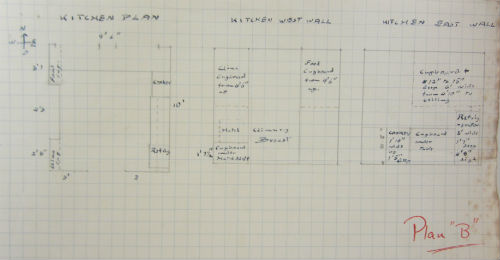 Once they were settled in, here is a glimpse of the formidable Lady Beveridge grumbling about weeds in her portion of the garden, and the College having to jump to attention: 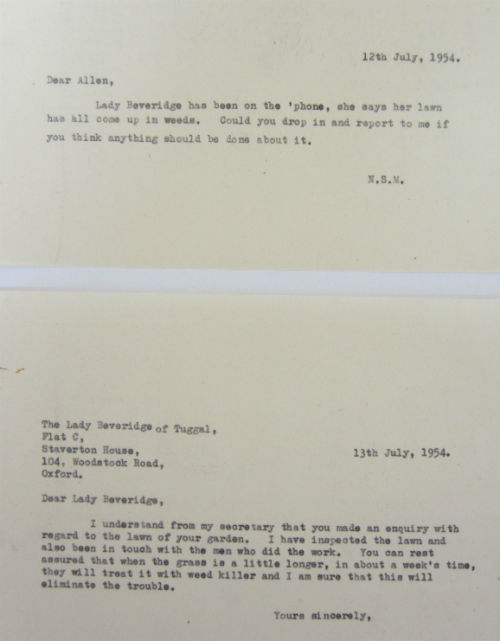 Lord Beveridge himself was likewise ready to express his opinions. In this letter he forcefully complains about the multiplicity of pianos in the house and the noise they make: 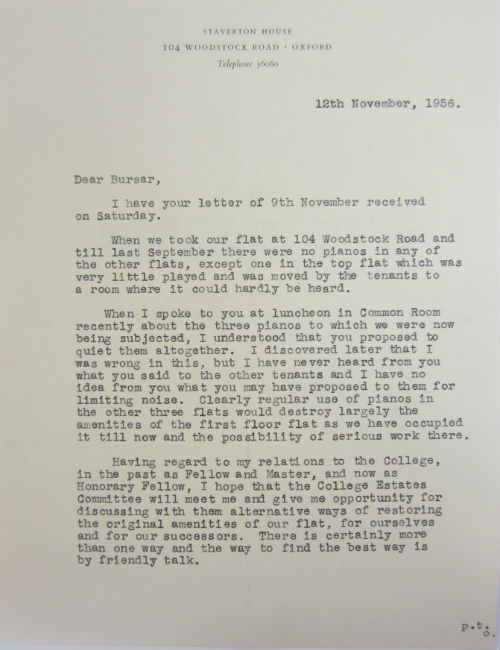 On at least one occasion, the then Estates Bursar, feeling sorely beset by his eminent but difficult tenant, wrote to then Master, Arthur Goodhart, to seek his help: 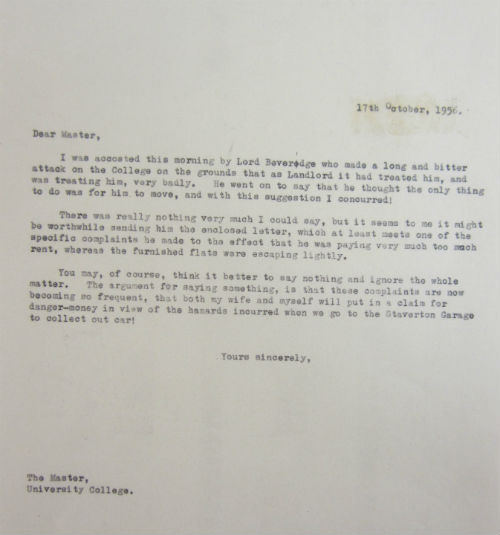 Fortunately, there are some rather happier letters in the files. In his last years, Beveridge attempted to resume work on a major study of wages and prices, and arranged to take out a tenancy on another flat in the house, which could be used by Lucia Turin, his former Secretary (who had also been College Secretary at Univ. in the 1940s).  This letter, written to our then Economics Fellow, David Stout, with whom Beveridge evidently got on well, shows his excitement about the planned project. 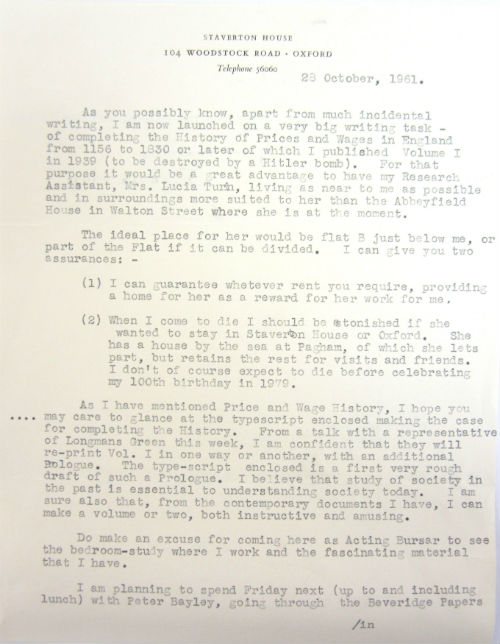 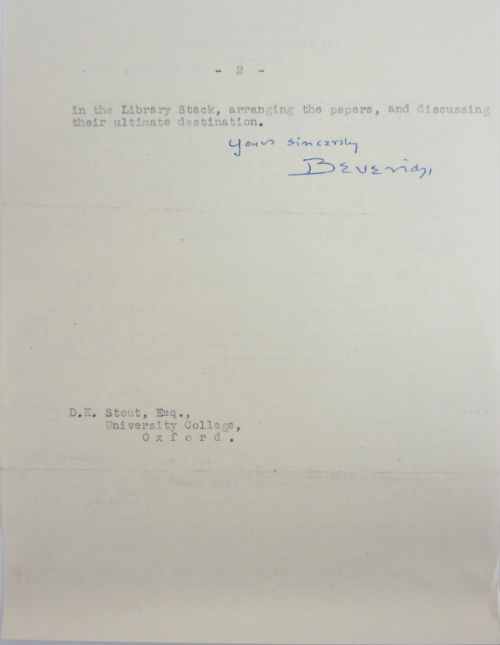 Sadly, Beveridge’s jocular hope of reaching his 100th birthday came to nothing. The last letter from him in this file, dating from October 1962, shows a worrying deterioration in his handwriting: 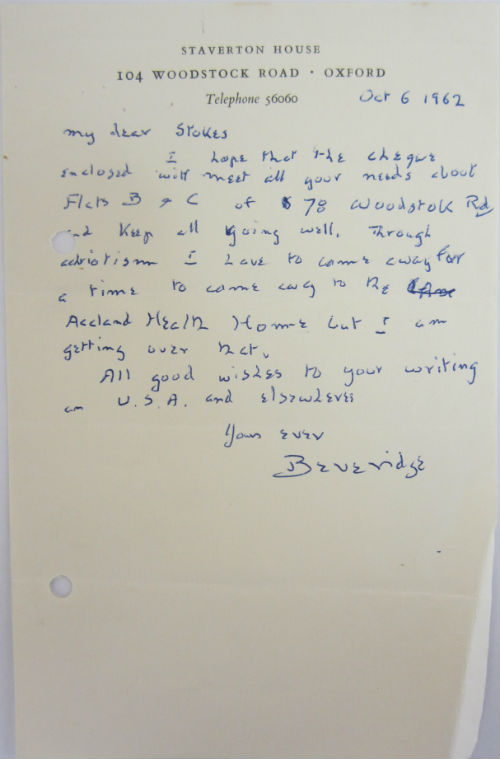 He died in March 1963, his final work barely begun.

Documents like this are perhaps just footnotes to the life of one of the most distinguished members of this College. But these new letters do provide interesting information on Beveridge’s later years, not least on his continuing eagerness to carry out fresh research.