Univ at the Oxford Literary Festival 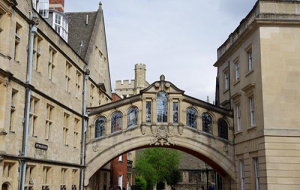 Update: Please note that the Oxford Literary Festival has been postponed.

Two Old Members are speaking at this year’s Oxford Literary Festival, which takes place from 27 March to 5 April. Elizabeth Garner (1994, English) will be interviewing the poet Kevin Crossley-Holland and Andrew Robinson (1975, Chemistry) will speak about Albert Einstein on Sunday 5 April. Kim Wilkie, landscape architect for the Univ North development, will also be interviewed at the festival.

Elizabeth Garner will interview the poet, translator and writer for children, Kevin Crossley-Holland, at the festival on Saturday 28 March. She is the daughter of author Alan Garner and an award-winning author of two novels, Nightdancing and The Ingenious Edgar Jones. She is currently working on her debut collection of Folk Tales, Lost & Found. Elizabeth is also a story-development editor for Unbound Publishing, teaches creative writing for the Oxford University Department of Continuing Education, and is the Arts Trustee of the educational charity The Blackden Trust.

On Sunday 5 April, writer Andrew Robinson will explain how Albert Einstein escaped the Nazis by living in an isolated holiday hut in Britain and looks at his relationship with the country and people that first inspired his love of physics and then gave him protection. Robinson is a former literary editor of the Times Higher Education Supplement. He has written more than 25 books including Einstein on the Run: How Britain Saved the World’s Greatest Scientist, Einstein: A Hundred Years of Relativity and India: A Short History. You can read more about Einstein in the article Andrew Robinson wrote for the latest issue of The Martlet.

Kim Wilkie, landscape architect for the Univ North development, will also be appearing at the festival. He will be interviewed by Graham Harvey, food and farming journalist and scriptwriter for The Archers, on Saturday 28 March, about his book, Led by the Land, which reflects on our place in the environment, its history and its future. He will also talk about the developer Aldred Drummond’s plan for a £1 billion smart city on the site of a former power station between the New Forest and the Solent.

Professor Justin Benesch is to…

Your Science Out There

The Chalet dinner held on Saturday…