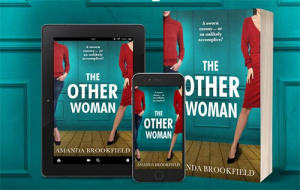 The Other Woman by Amanda Brookfield (1979, English) was published on 13 October. The novel, about two women, connected – but not defined by – one man, is Amanda’s 17th and has been described as “an emotional page-turner”.

The Other Woman is available in audio, as a download, or a paperback from bookshops including Amazon or paperback only from Blackwell’s.

You can watch Amanda in conversation with Sarah Ritherdon discussing the book’s origins and writing process here.

In 2018 Amanda re-joined College as our first ever Visitor in the Creative Arts; during her tenure she helped launch and run the “Univ’s Next Novelist” competition, which was won by Memoona Ahmed (2018, Experimental Psychology).