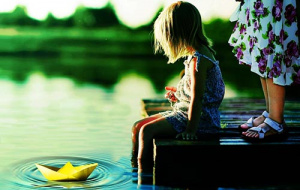 College is delighted to announce that Good Girls by Amanda Brookfield (1979, English) has reached the final shortlist in the fiction category of this year’s People’s Book Prize. We would like to join Amanda in thanking all those who voted for her so far.

However, with this final, round voting starts afresh and once more we would invite you to cast your vote for Good Girls – you can do so here.

Good Girls tells the story of the Keating sisters through a childhood fraught with secrets, adolescent rivalries, and on into adulthood with all its complexities and misunderstandings. Until a terrible truth brings the sisters crashing together and finally Eleanor begins to uncover just how good Kat really was… 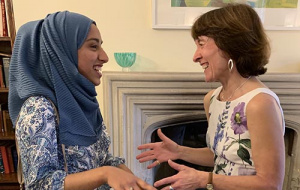 Amanda re-joined College in 2018 as our first ever Visitor in the Creative Arts; during her tenure she helped launch and run the “Univ’s Next Novelist” competition, which was won by Memoona Ahmed (2018, Experimental Psychology).

Voting for this final round closes on 15 April and the winners with the winners announced at an event in the Stationers’ Hall on 29 April.

You can vote for Good Girls in the People’s Book Prize at peoplesbookprize.com

Univ in the Arts inaugural Salon

The event took place in the stylish…