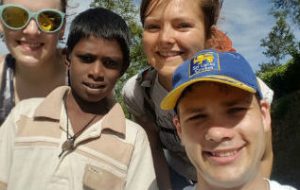 Firstly, I would like to say thank you very much to the trustees for awarding me the grant to travel to Sri Lanka. It is very generous, and very much appreciated. I used the money to cover the cost of the flights.

The trip was an obstetrics and gynaecology placement in Sri Lanka. This was a great opportunity to see O&G practised in another country, and will be of benefit when I practise as a doctor as I could see how differently women were treated despite the provision of, for the most part, similar medicines and techniques as in the UK. On most days I went into the delivery suite to see women giving birth. The suite was just one big room with 16 beds in rows, in stark contrast to the private rooms women can have in the UK. Women did not tend to be moved here until they had progressed quite far into labour, and so I gained a lot of experience seeing the process of normal vaginal birth. Unfortunately, there was little opportunity to take part in the delivery as there were several student midwives present. This was quite a different experience to seeing birth in the UK since, in Sri Lanka, there are no visitors allowed with the mothers, and their privacy and dignity is very much ignored in the open space of the delivery room. The use of pain killers is also different: throughout my time there, I did not see a single epidural given, and even gas and air was used sparingly despite there being a canister in the corner. 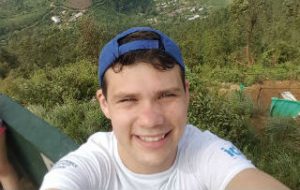 As well as time on the delivery ward, I spent a lot of time in the theatres, both elective and emergency. For the most part this was made up of caesarean sections, but we also saw operations such as the repair of a ruptured ectopic and a cervical cerclage. This was again quite different to the UK as there is a very fast turnover of patients, no separate anaesthesia room, and obviously there was not quite the sophistication of technology. One of the most difficult experiences I had during the three weeks was in theatre. A girl aged 17 was undergoing an emergency caesarean section as her baby was upside down and one of its legs was blocking her being able to deliver. She was only 31 weeks’ gestation, and so a paediatrician was on hand to perform resuscitation on the newborn if required. Unfortunately, a troupe of Sri Lankan medical students had followed the paediatrician in, and the girl had about 15 people watching what was a very emotional experience for her. What was already an uncomfortable atmosphere became worse watching the anaesthetist interact with the girl: she was obviously terrified, and was wriggling about in pain and anxiety while he was trying to give her the spinal anaesthesia. His reaction to this was to shout at her, and although I could not understand what he was saying, he was clearly telling her off. Once this was over, the surgeon had to check to see whether the anaesthetic had properly numbed her by pricking her stomach with forceps – when it clearly had not worked, both he and the medical students laughed. So far, so bad. Things only got worse when the baby was delivered from her stomach: it wasn’t breathing, and so had to be taken to the next room to be resuscitated. Not a word was said to the mother, not even when the baby had been successfully resuscitated and taken to the intensive care unit. As far as she knew, the baby had died. This was quite an eye opening experience, and a very clear example of how what can be seen as a medical success (both baby and mum healthy and alive) can be seen as therapeutic failure. The mother will always remember that day as a terrible experience. Other caesarean sections that we saw were much better handled, but still did not have the same care for the mother as seen in this country.

Aside from theatre and delivery, I tried to get some practical experience on the antenatal ward. This was a very big ward, again with little privacy. Although there was some teaching on ward rounds, it was often very hard to hear, especially due to the vast numbers of Sri Lankan medical students. Myself and the other students I was with had problems with the language barrier, and did not feel comfortable carrying out examinations without the consent of the women. In order to overcome this we wrote a note, which our host translated into Sinhalese, that we could show to the women, asking if we could carry out antenatal examinations. The note worked really well, and the women clearly appreciated being asked, which meant we were able to practice more than I expected.

Overall, this was a hugely valuable experience for me. Seeing any medicine practiced abroad is useful, but especially so in the context of O&G as so much of the specialty in the UK revolves around good communication skills and providing a caring atmosphere to help women through what is a personal and emotional time. It made me realise how lucky we are to have the NHS, and the importance of mother welfare during childbirth.