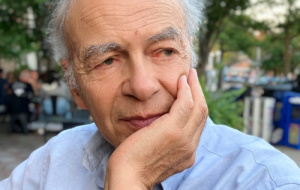 Professor Peter Singer (1969, BPhil Philosophy) was recently announced as the winner of the 2021 Berggruen Prize for Philosophy & Culture.

The $1 million award is given each year to thinkers whose ideas have profoundly shaped human self-understanding and advancement in a rapidly changing world. Professor Singer plans to donate half the prize to alleviating global poverty.

Singer’s book Animal Liberation, first published in 1975, is considered to be a landmark publication on the ethics of our treatment of animals. He co-founded the Australian Federation of Animal Societies, now Animals Australia, the country’s largest and most effective animal organization. Singer also founded The Life You Can Save, which aims to spread his ideas about why we should be doing much more to improve the lives of people living in extreme poverty, and how we can best do this. His writings in this area include the 1972 essay “Famine, Affluence, and Morality” and two books that make the case for effective giving, The Life You Can Save (2009) and The Most Good You Can Do (2015).

Singer has written, co-authored, edited or co-edited more than fifty books, including Practical Ethics, The Expanding Circle, Rethinking Life and Death, One World, The Ethics of What We Eat (with Jim Mason) and The Point of View of the Universe (with Katarzyna de Lazari-Radek.

What Does LGBT+ Mean?

A welcome to Univ