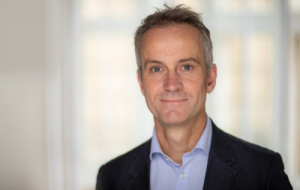 Professor Gideon Henderson, Senior Research Fellow, is part of an international team of scientists whose research into the role of summer sea ice in the Arctic Ocean in stabilising permafrost and its large store of carbon might have significant implications for future modern climate change.

In recent years Arctic sea ice has decreased significantly and within the next few decades the Arctic will probably be free of summer sea ice. The study found that the reduction in sea ice is likely to accelerate the thawing of permafrost in Siberia and, consequently, the release of more carbon.

Gideon is a geochemist working to understand the ocean, the carbon cycle, and the long-term operation of the climate system. He quantifies climate processes that are important for future change and examines the chemistry of the modern ocean, including the study of the carbon cycle, nutrient metals, contaminants, and tracers used to assess ocean processes.

Gideon helped initiate the international GEOTRACES programme, which is revolutionising knowledge of the chemical cycling of metals in the ocean. He was Head of Oxford University’s Department of Earth Sciences from 2013 to 2017. Since October 2019 he has been the Chief Scientific Advisor at the UK Department of Environment, Food, and Rural Affairs. Gideon was elected as a Fellow of the Royal Society in 2013. 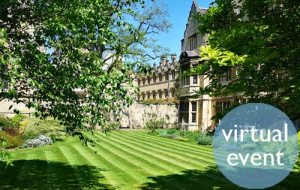 Gideon is speaking at Sir Ivor’s last Univ event as the Master on Saturday. Hosted by Professor Peter Jezzard, Vice Master and Professorial Fellow, and chaired by Sir Ivor, Univ academics will discuss the future post-COVID-19 and how to tackle some of the challenges facing Univ, Oxford and the wider world.  If you would like to attend, please register in advance here.

Gideon will be also chairing the 16th Annual Univ Seminar in November on “The Green Agenda: Will COVID-19 Help or Hinder?” at the Royal Geographical Society in London. The panel includes Dr Arunabha Ghosh, Founder-CEO of the Council on Energy, Environment and Water, and Dr Samantha Burgess, Deputy Director of the Copernicus Climate Change Service (C3S). The other panel members are Sam Swire (1999, History), executive director of John Swire and Sons Ltd in London, as well as Sam Cornish (2012, DPhil Geology), who is investigating the physical dynamics of the changing Arctic Ocean for his DPhil. The final member of the panel is Dr Tara Shirvani (2009, DPhil Chemistry), a leading speaker and scientific advisor on climate change and digital innovation.

What can art do?

Throughout my time at Univ…