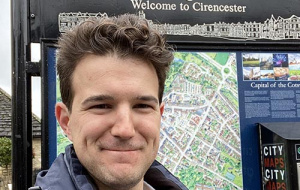 I owe a debt of thanks to University College for awarding me this travel funding, especially considering that my original travel plans to Scotland had to change due to unforeseen circumstances and a trip to South Africa for passport reasons. I am fully aware that this grant is made possible due to the generosity of its donor as well as the hard work of University College. The memories detailed herein were made possible by this grant, indeed, my travels concluded what was a very special year for me at University College, Oxford.

To begin my journal is to reflect on my time in Oxford. In as much as Oxford is an English gem, the city centre can be a bubble – enclosed by high college walls instead of a translucent shell. Over the course of two Masters degrees I had many a conversation as to the city’s disconnection with the “real” United Kingdom. What this real UK is, I do not know. Whether I could experience it, is equally up for dispute. Short of embarking on a four-year DPhil on “The Real UK”, I applied for the Brewster travel grant. A fund designed to facilitate travel in the UK for those international graduates in their final year of study.

For inspiration, I looked to ancient England and its rich Roman history for my travel experience. A keen interest of mine is ancient history and philosophy, particularly Roman history. I thoroughly enjoy reading Roman history and have read the works of Marcus Cicerco, Marcus Aurelius, and Seneca the Younger. Admittedly and on traveling to the UK, I did not think this detached European island as a repository of Roman artefacts and archaeological sites. I was wrong. After reading the odd historical exert and travel guide, I decided on travelling to the towns of Cirencester and Bath as destinations for my historical pilgrimage. To conclude my trip, I decide to fast forward a couple hundred years from Roman England to the 18th century England and visited Blenheim Palace. In addition to this travel journal I have included a PowerPoint with selected photographs of my trip.

After my travels I have learned that England is home to more history than one can learn in a lifetime. It is defined by different eras, political systems, characters, and beliefs. I have also seen how magnificent and beautiful the English countryside and towns are. It has truly been an eye-opening experience.

I started my exploration in Cirencester, the capital of the Cotswolds. The City is renowned for its Roman history and beautiful landscapes. It boasts many a Roman archaeological site and has a museum dedicated to the Roman history of Cirencester (or Corinium as it was known in AD49). As I am particularly interested in the Roman occupation of England, visiting Cirencester and the surrounding towns of Chedworth (home to sites of Roman villas) was an awesome experience.  There is no wonder why Cirencester was one of the most substantial Roman-era English cities — it situated close the source of the river Thames and boasts open fields. On arriving in Cirencester, I explored the City Centre and then walked the parks and along the Roman wall. The wall was built in the 3rd century and defended a Roman town of 10-12 000 residents. Walking along the wall made me think about the sheer age of the town and the countless generations preceding me that experienced this place.

After this trip to the wall, I visited St John the Baptist Church and its renowned Gothic architecture. Thereafter, I grabbed myself a falafel wrap from the Cirencester market and took a walk to the Cecily Hill Barracks (1881) and the base for the English Home Guard during World War II! That afternoon I ran down to the town of Chedworth and soaked in the beautiful countryside. 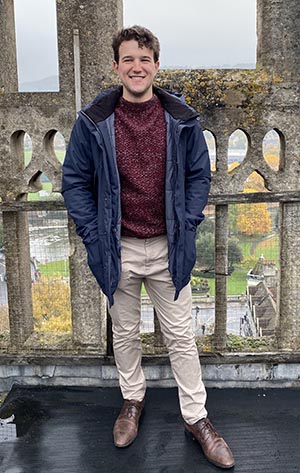 The next stop on my tour of Roman-era England took me to Bath. The city is a popular tourist destination and home to the famous Roman baths. Beyond the historical significance of Bath, I found this city to be incredibly beautiful! I now appreciate the true beauty of Georgian architecture. Spending a couple nights in this historical English city allowed me to truly experience the city, its people, and its history.

On my adventure of the city, I visited the Abbey founded in the 7th century. The Abbey is a testament to stunning Gothic architecture and yellow Bath stone. I booked a morning ticket to climb the clock tower and took many photos, including photos behind the clock face and atop the tower. In the afternoon I took a boat trip down the river Avon, enjoyed a lemon drizzle on Pulteney bridge, and walked the streets of Bath. I actively engaged in conversation with tourists and locals alike and all expressed how they enjoyed visiting or living in this city. That evening I enjoyed a pizza in the old train station.

The following day I visited the Roman Baths and took in the engineering genius of Roman architects and engineers. I marvelled at their use of naturally occurring thermal hot springs in the creation of these ancient baths. That afternoon I tucked into a “Sally Lunn Bunn” and walked around the Bath Rugby Stadium. 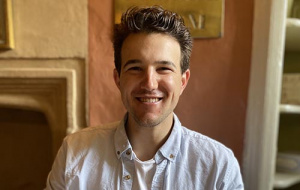 For my next visit I decided to fast forward a couple hundred years and visit Blenheim Palace.  I started my exploration of the Palace with a 5-mile run around the Palace grounds. The run was fantastic and gave me a sense of the scale of the Palace and the beauty of its grounds. I then caught a coffee and walked around the palace. I particularly enjoyed the Winston Churchill collection and its detailing of his connection with South Africa, the Boer War and his friendship with South Africa’s first Prime Minister, Jan Smuts. I then ate a small lunch on the lawns and reflected on what was a brilliant holiday.

That afternoon I caught a bus back to Oxford and completed my English tour!

On completion of the trip I realise how lucky I am to have explored England, made possible thanks to the generosity of University College. I learned that the English countryside is, if weather permits, exceptionally beautiful and its towns and villages are equally picturesque.  I very much escaped the Oxford buddle, at least for a time!