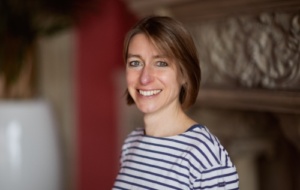 Professor Ros Rickaby, Professorial Fellow and Chair and Professor of Geology, has been named a Fellow of the Royal Society for her work on the interactions between life and the composition of Earth’s oceans and atmosphere.

She researches the complex interactions between the evolution of organisms, ocean chemistry, atmospheric composition and Earth’s climate. The extraction of chemical signatures from fossil shells of marine micro-organisms as a tool for constraining past ocean conditions and their influence on climate is fundamental to her research. Yet, frustration with the complexities of disentangling the “inorganic” geochemical signal from the overprint of the biomineralising processes caused her to seek innovative alternative approaches to constraining past climates and environments. She is also probing the geological past by examining the biology of modern-day organisms. This ambition broadens into probing biological innovation and environmental change over the Earth’s history since the feedback between the two is inescapable. Her approach is to read the geological history of both climate and the chemical environment from signals of adaptation within genes, which plays out in the evolving affinity and kinetics of the expressed enzymes, or isotopic signals of adaptation within biologically relevant molecules. She leads the OceanBUG research group.

The first Equality, Diversity and Inclusion…

Univ was thrilled to hold…