A return to Vatnajokull 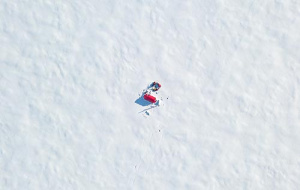 Aerial view of the icecap “laboratory”

You would be forgiven for thinking that nothing lives at the polar extremes of our planet. Vast, frozen wastes span for hundreds of miles in every direction, with the white of the snow blending seamlessly into the white of the sky. By and large, you’re unlikely to come across any animal life in these parts of the world.

But, invisible to the naked eye, this icy landscape is teeming with microbial life. As our climate continues to change, we are beginning to understand the impact that these microbes have on polar environments. For instance, microalgae can darken the surface of the ice to such an extent that it is visible from space. This increases the temperature of the ice surface and accelerates glacier melting. 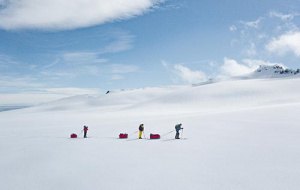 Day 1 heading out onto the Vatnajökull Icecap

In April 2019, a team of Univ alumni, Oliver Vince (2012, Engineering Science), Glen Gowers (2012, Biochemistry), and John-Henry Charles (2012, Earth Sciences), supported in-country by Sam Cornish (current Univ DPhil student) set out to see whether these microbes could be identified and studied in real time as part of a n ongoing icecap expedition.

The icecap chosen for this test was the Vatnajökull, Europe’s largest. At nearly 8000km2, the Vatnajökull is an immense icy plateau spanning between the two highest points in Iceland. Receiving the harshest weather blowing in from the Atlantic Ocean, the icecap is renowned for its high winds and heavy snowfall. 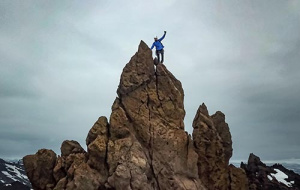 Mountaineering in the Kverkfjöll mountain range

The team spent a month living unsupported and unguided on the icecap. This meant that all of the equipment necessary for the scientific work and for their polar survival had to be pulled behind on sledges for over 200km. Whilst on the northern edge of the icecap, the team were able to become the first to conduct fully off-grid DNA sequencing in a polar environment. Microbes were sequenced using solar power alone, with no guides or vehicles for support.

This required miniaturising an entire laboratory (into an 18litre volume) and transporting delicate equipment (some of which couldn’t freeze!). Interestingly, over 50% of the microbes that were sequenced had never been seen before! These findings were published in November 2019 – See mdpi.com 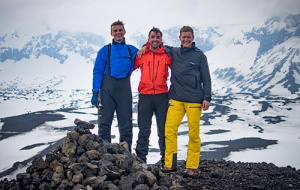 On the Northern edge of the Vatnajökull icecap

This work opens the door to investigating the nature and function of microbial communities in ever more remote locations. As it is estimated that over 99.9% of microbial species remain undiscovered (especially in locations far from civilisation), this is a particularly exciting prospect.

The route, chosen to follow the footsteps of the 1932 Cambridge expedition, also yielded some interesting historical findings. Using the descriptions in the 1932 team’s diary, the 2019 team were able to find the 1932 basecamp, from which they conducted biological, glaciological and geological surveys. Amongst other discoveries, a handwritten note that had lain buried for 87 years was found. 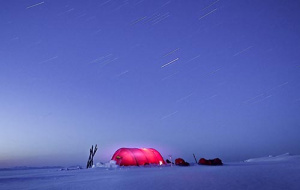 The team is incredibly grateful to Univ for its role in supporting and publicising our scientific objectives. Permission for all scientific research and drone flights was obtained from the Vatnajökull National Park prior to expedition departure. See sledgereport.com to find out more about the expedition and to see details of our upcoming feature film.

The Gifts of Solitude

The first virtual William of Durham…

In Black and White