Retailer’s Retailer of the Year 2021 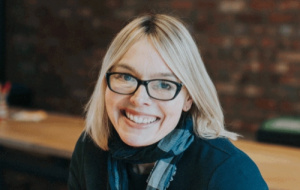 Emma Woods (1987, Psychology), CEO of Wagamama, has been named Retailers’ Retailer of the Year 2021 at a virtual ceremony on 11 March. She stepping down from her position as CEO and becoming an inaugural member of its brand board.

Emma Woods joined Wagamama as its customer director at the beginning of 2017 and was promoted to CEO in 2018.  She is also non-executive director of The Gym Group, where she is becoming senior independent director and chair of Remco responsibilities in May. Prior to arriving at Wagamama, Woods was Marketing Director at both Unilever and Pizza Express.

The Retailers’ Retailer of the Year 2021 are run by MCA, the sister title of BigHospitality, It is based on nominations from industry leaders. The other nominees were Loungers CEO Nick Collins, Greggs CEO Roger Whiteside and Oakman executive chairman Peter Borg-Neal.

None of us predicted that…

What does an experimental scientist…