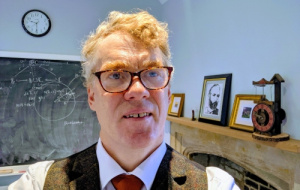 Professor Joel David Hamkins is Sir Peter Strawson Fellow and Praelector in Philosophy at Univ and Professor of Logic at the University. He conducts research broadly in mathematical and philosophical logic, particularly set theory, with a focus on the mathematics and philosophy of the infinite.

Why/how did you become an academic?
I was captivated as a Caltech undergrad upon learning of the Gödel incompleteness theorem, which shows that every conceivable axiomatization of mathematics, any that we can describe, must admit of true statements that are not provable. Incredible! What hooked me especially was the fact that we could prove this — we could prove this profound inherent logical limitation on our capacity to find mathematical truth. I jumped right down the rabbit hole.

What are you researching at the moment?
Much of my current work involves potentialism in the philosophy of mathematics. Aristotle had favoured a potentialist conception of infinity—you can have more and more numbers, as many as you like, but one never has all the numbers as a completed actual infinity. Potentialist conceptions similarly arise in set theory when one views the set-theoretic universe as potential in character, never fully completed. Recent perspectives have invited a modal analysis of potentialism, one involving possibility and necessity. Is every possibly necessary statement already true? Or at least necessarily possible? My work has often followed a fruitful cycle of interaction between philosophy and mathematics—a philosophical inquiry inspires a mathematical analysis, which itself raises further philosophical issues, often sharpening the questions. Some of my technical work in set-theoretic potentialism, for example, has highlighted key differences between potentialist inevitability, an implicitly actualist view, and the more radical branching forms of potentialism. What a pleasure it is to see philosophy and mathematics interact in this way.

How has your research and teaching changed during lockdown?
I was truly surprised at how effective online teaching can be.

Meanwhile, my research program has been hardly affected, since research for me generally means sitting at my desk with a cup of coffee, turning ideas over in my mind. On a good day, I’ll hope to experience one of those sublime yet elusive Aha! moments, where a puzzling conundrum suddenly becomes transparent — one’s mathematical gaze pierces straight through. On other days, however, these joyous moments remain elusive, or worse, they are revealed instead as a cruel joke—the transparent insight shatters and one must face the fact that one’s conception of a central matter has been fundamentally mistaken. Mathematics is like that sometimes; one realises that everything one thought one had understood about a thing is inescapably wrong. On those days, I pick up the chalk and start again…

Have you faced any challenges in your life that you are happy to share here?
I turned myself into a philosopher! I trained originally in pure mathematics, both as an undergrad and my PhD and early academic career, with a focus on mathematical logic. But gradually over the years my work became increasingly engaged with philosophical issues, and I became more and more preoccupied with philosophical issues in the foundation of mathematics and the philosophy of set theory. So now I have an identity crisis — am I a mathematician or philosopher? Where do I belong?

How was the move from New York to Oxford?
To be sure, Oxford is rather different from New York. I had lived in midtown Manhattan amongst the skyscrapers. Here in Oxford, I walk on the cobblestones amongst the ancient buildings — the colleges are several times older than my country. And yet even so I have found a friendly welcoming home here. 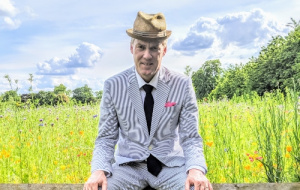 Do you have any funny/favourite moments from your time at Univ?
One day after visiting Duke Humfrey’s library and seeing the old volumes, almost all in Latin, the question arose—when did Oxford lecturers switch from Latin to English? I brought the question to High Table that evening and soon the whole table was discussing it. Eventually, of course, attention turned to the sageful Sandy Murray, Univ’s delightfully witty and delightfully ancient history fellow, who calmly related, with a twinkle in his eye, that in those long-lost days when he had first come to Oxford, of course he lectured in Latin. Jaws dropped around the table. At his first lecture, he explained, he had a crowd of eager young students…but truth be told, he admitted, the next lecture had somewhat fewer, until gradually by mid-term there was just one student. So, it was suggested that he might switch to English. Ha!

You can find out more about Professor Hamkins here.