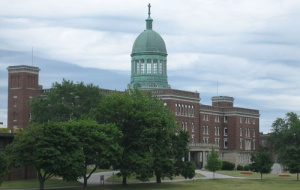 Fr Robert Barringer CSB (1967, Theology) has been appointed by Cardinal Thomas Collins, Archbishop of Toronto, as the President of St Augustine’s Seminary, Toronto as of January 1, 2021 at the age of 76.

St. Augustine’s Seminary is the Major Seminary of the Roman Catholic Archdiocese of Toronto. Its primary purpose is the preparation of candidates for ordained priesthood in the Roman Catholic Church. This preparation for diocesan ministerial leadership embraces and promotes spiritual formation, theological education and field training. St. Augustine’s also offers programs of study for the formation of candidates to the Permanent Diaconate, as well as a number of degrees and diplomas of interest to lay men and women, and members of religious orders. 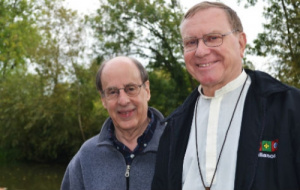 Fr Robert Barringer CSB commented, “The appointment was totally unexpected on my part, as on the day following my meeting with the Cardinal (Oct 28th) I moved into a long-term care facility in Toronto, fully expecting to begin an elegant period of retirement and the languid editing of a rich trove of manuscripts, journals and correspondence left to me as someone’s literary executor. All this falls under the rubric: ‘No rest for the wicked!’ (cf. Isa 57:21)”

Dr Alexandra Hendry has been….

A socially distanced trip through Wales