As we continue to look forward to our new community at Univ North, we also wanted to look back, to remember what living in Stavertonia meant to those who lived there whilst studying at Univ.

We invited our Old Members to send back postcards with their memories of their time spent at Staverton Road, telling us what they recalled, both of the accommodation and of life when they were there. The replies show just how fondly they remember the place – and also some of the trials and tribulations that a life away from College itself could, at times, bring. 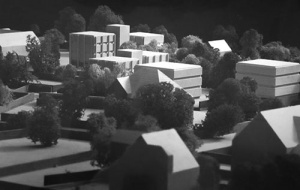 Some looked back to a time before the development took its current form. Dr Paul Hensel (1965, Physics) remembers quaint accommodation, but which came with a particular problem during wet weather. “In about 1970, during one of my DPhil years, I was fortunate to share a delightful little cottage which then stood in the middle of the gardens in Stavertonia”, he wrote. “The only downside was that visiting the loo involved a few feet of covered but muddy path. Not so bad during the day but not so good at night, particularly when a snail crunched under a bare foot!” 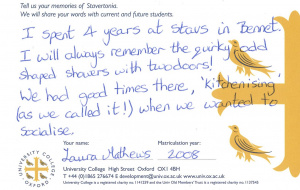 For many, living in Stavertonia meant the first experience of having to cook for themselves, so it is perhaps no surprise that the kitchen arrangements stirred memories. Professor Colin Reid (1976, Law) told us he recalls, “Always managing a two-course meal even with the Baby Belling cooker that allowed one ring plus one only of ring, grill or oven – a lot of instant mash!” The way to get around the lack of flexibility this entailed was to take turns at cooking meals for all your friends. He recalls, “Creating a revolution in cooking rotas by realising that what mattered was everyone cooking in each block of 4/5/6 days, not necessarily in strict order.”

Alcohol was always a big part of life at Staverton Road, but Colin may have taken it to another level. He remembers, “Home brew almost exploding in the wardrobe – the liveliness of the first bottle we opened alerted us in time to relieve the pressure.” 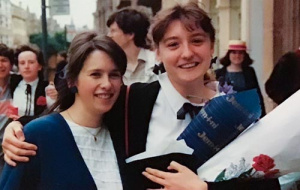 Some have memories of other domestic arrangements: Laura Mathews (2008, Biochemistry) for example remembers the “…quirky odd shaped showers with two doors.” Others remembered that Hilary Term could pose its own challenges. Dr Fiona Sellens (1984, Medicine) recalls, “…waking one wintry morning to find snow on the inside of my ‘closed’ window.”

There has always been a debate about whether the term “Stavertonia” should encompass the other accommodation for Univ students in north Oxford. One of those who lived nearby, in 100a Woodstock Road, was David Squire (1967, Physics), who recalls how living there helped prepare for life after university. He wrote how, as president of the University Underwater Exploration Group, “It became tradition for a group of club members to migrate to the common room at 100a about 10.30pm. Often we would start a game of ‘Diplomacy’, which had something of a cult following in the late 1960s. For those of you not familiar with it, the game requires (ideally) seven players and an uninterrupted period of up to six hours for the winner to arrive at world (or at least European) domination based on negotiations, treaty-making and, at the right moment, betrayal. It was reputedly Henry Kissinger’s favourite game. 100a Woodstock Road in early 1970 proved to be the ideal location in which to hone one’s negotiating skills.” 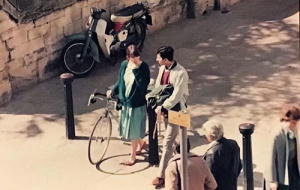 For many, however, living in Stavertonia was the highlight of their time at Univ. Sohail Alibhai (1998, Maths), told us: “My best years at Univ were spent in the quiet and cosy land of Stavertonia. My group of friends had chosen rooms together in one corridor, and it felt like a home. We could be ourselves there, away from the heavy socialising of main College, and there was lots of garden space to relax in, while still feeling part of College and its conveniences.”

Thank you to all of our Old Members who responded to our request for their memories of Stavs.