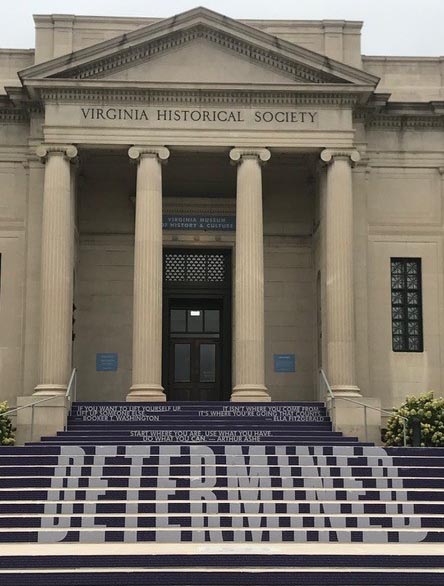 I wish to express my sincere gratitude to University College’s Academic Office, Dr Andrew Bell and the generous benefactors of the College’s Research Training Fund for graduate students for providing me with crucial funding for further research and interviewing across the United States in September 2019.

The Research Training Fund made possible a series of enlightening oral history interviews with a cross-section of US policymakers, diplomats and one former Senator who played a critically important role in formulating, implementing or critiquing American policy toward UDI-era Rhodesia. First, in Washington, DC, I was able to undertake extended interviews with former US Ambassador to the United Nations (1979-81) Donald McHenry; former Chair of the Senate Foreign Relations Committee’s Subcommittee on Africa and one-term Senator for Iowa (1973-79) Richard (“Dick”) Clark; former career foreign service officer, Deputy Chief of Mission within the US Embassy in Maputo, Mozambique (1975-77) and later US Ambassador to Zimbabwe (1995-97) Johnnie Carson; and former foreign policy analyst, State Department desk officer for Rhodesia (1976-77) and later Assistant Secretary of State for African Affairs George E. Moose (1993-97). The opportunity to speak about US Southern Africa policy in general, and Rhodesia policy – conducted jointly with successive British governments and statesmen – in particular, with these critically important actors allowed me to build up a far more nuanced understanding of exactly how successive US administrations conceived of the US’s role in the region, of how integral the dynamics of the Cold War struggle remained throughout the 1970s to US decision-making, and gave me a first-hand perspective into just how frustrating (at times) trying to combat minority white rule in Rhodesia, Namibia and apartheid South Africa was for American diplomats. Second, in McLean, VA, I was also lucky enough to stage a 3-hour-long interview with Daniel and Marianne Spiegel – two former legislative staffers and policy experts who met and got married whilst they were working as assistants to former Senator and Vice-President Hubert H. Humphrey in the early 1970s. Later in their careers, Daniel Spiegel went on to work as a Special Assistant to Secretary of State Cyrus Vance (1977-78), and Marianne, an SAIS-trained Africa specialist, later worked for Senator Dick Clark, in his capacity as Chairman of the Senator Foreign Relations Committee’s Africa Subcommittee, and as a member of Director of Policy Planning Anthony Lake’s staff – focusing principally upon US policy toward Rhodesia. I found Marianne Spiegel’s candid reflections on working closely with the Head of the British Foreign and Commonwealth Office’s Rhodesia Department Robin Renwick particularly revealing.

In addition to the interviews listed above, the Research Training Fund also enabled supplementary documentary research in three archives. In Atlanta, GA, I was able to analyse 800+ pages of top-secret White House reports and telegrams on US Rhodesian policy – made available to the public due to Freedom of Information Requests I submitted in 2014, during the period of archival research I undertook during my MSt., under the guidance of Univ’s own Dr Ben Jackson. Largely, these documents shed light on the nature and extent of behind-the-scenes US-UK diplomacy and cooperation occurring during the crucial Lancaster House Conference in 1979. At the Virginia Museum of History & Culture in Richmond, VA, I was able to trace how the US Embassy in London reported back to Washington the developing crisis in Anglo-Rhodesian relations at the time of Ian Smith’s Unilateral Declaration of Independence. in November 1965, through the voluminous diaries of former US Ambassador David K.E. Bruce. Last, but by no means least, in the University of Virginia’s Library in Charlottesville, VA, I was also able to explore the papers of influential Senator Harry F. Byrd, Jr who, by successfully fighting to lift the US’s embargo on Rhodesian strategic materials and minerals (chromite ore in particular) on national security grounds, played a fundamentally important role in dashing Conservative Foreign Secretary Alec Douglas-Home’s hopes of settling the Rhodesian problem in 1971-72. According to one Sunday Times journalist, the “Byrd Amendment,” as it came to be known, sounded in effect the “death knell of Britain’s non-violent ‘solution’ of the Rhodesian problem”.