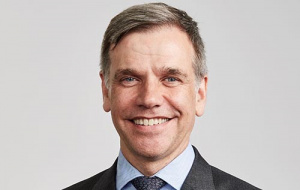 British Business Bank is a state-owned economic development bank that was established by the UK Government in 2014. It aims to increase the supply of credit to small and medium enterprises as well as providing business advice.

Keith was previously an Executive Director of UK Financial Investments (UKFI), managing the UK Government’s shareholdings in Bradford & Bingley and Northern Rock and culminating in the return of Northern Rock to the private sector and the creation of UK Asset Resolution (UKAR). Keith remains on the board of UKAR as a Non-Executive Director. At Banco Santander he was an Executive Director of Sovereign Bancorp in the US and was previously Director of Strategy & Planning at Abbey National. He also served as Chairman of Santander’s Asset Management and Credit Card businesses in the UK. Keith is also a Trustee of the Design Council and holds an MBA from Harvard Business School.

Keith is standing down as Chief Executive of the British Business Bank at the end of 2020 and said: “It has been a great privilege to lead the establishment and growth of the British Business Bank since January 2013, following its inception. Our goal was to build an institution that delivered the right finance to help UK smaller businesses succeed and we now support more than 90,000 British SMEs with over £7bn of loans or investments through our programmes.”

Book of the Year