Judge of the EU’s General Court 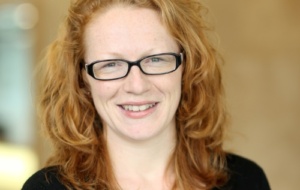 Having been nominated by Ireland, Professor Suzanne Kingston SC (1995, Law) was appointed as a Judge of the General Court of the European Union in January 2022.

Born in 1977 in Dublin, Professor Suzanne Kingston graduated in law from Oxford University in 1998 and obtained a master’s degree in law at Universiteit Leiden in 2000. She then began to study for a doctorate in law at that university and defended her thesis there in 2009.

In 1998, she was admitted as a Barrister at the Honourable Society of Gray’s Inn, London. In 2002, she joined the Brussels office of an international law firm where she practised law until 2004.

Professor Kingston subsequently joined the Court of Justice of the European Union as a legal secretary to Advocate General Leendert Geelhoed, with whom she worked from 2004 to 2006. Professor Kingston was admitted to serve as a Barrister at the Honourable Society of King’s Inns, Dublin in 2007. She has practised law at the Bar of Ireland since 2007 as a Barrister, then as a Senior Counsel.

Professor Kingston also taught law at the University College Dublin from 2007 becoming a professor in 2015. During her academic career, she also taught at other universities, in particular at Columbia University, Cambridge University, Universiteit Leiden, and Osgoode Hall Law School of York University in Toronto. She is the author of numerous publications exploring EU law.

She is Vice-President of the Irish Centre for European Law and a member of the editorial board of Irish Jurist. In 2015, she was awarded the European Research Council Award and in 2017, Ireland’s Champions of EU Research, awarded by the Irish Research Council.

Order of the Garter Investiture