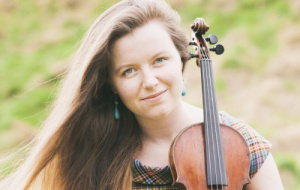 Isla Ratcliff (2014, Music) is releasing her debut album. Isla is a Scottish fiddle player, singer and composer, with a background in classical violin and piano. Her work is underpinned by her interests in cultural politics, the environment, spoken word, theatre, and music’s positive impact on our wellbeing.

Isla’s debut album is inspired by the 4 months that she spent in Cape Breton & New Brunswick, Canada in 2019. Her debut single “Cannot Steal The Sound” is out now.

Isla has performed at Celtic Connections, Cambridge Folk Festival, Sidmouth FolkWeek, and at the Edinburgh Festival Fringe 2019 in Ondervinden’s production Tess. Aged 13, she played a trad duet with Nicola Benedetti in Edinburgh’s Usher Hall. She performed with the Royal Conservatoire of Scotland at the 20th Anniversary of the Scottish Parliament in 2019. She is an alumna of the National Youth Orchestra of Scotland. Isla plays with Stramash Cèilidh Band. 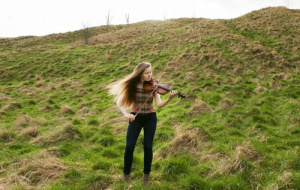 Isla’s work includes fiddle tunes, songs, ensemble arrangements, theatre scores and short film scores. She enjoys collaborating with artists from other disciplines and writing commissions to mark birthdays, weddings and anniversaries. In 2019, she devised a musical-theatrical production A Reawakened Monument of Antiquity, inspired by the music and cultural-political context of A Collection of Highland Vocal Airs (1784).

Isla holds an MMus Scottish Music degree from the Royal Conservatoire of Scotland. While studying music at Univ, she wrote her dissertation on the role of music in the Scottish Independence Referendum debate. Before this, she studied through the Suzuki method aged 5-12 and at the City of Edinburgh Music School aged 13-17.

Univ was finally able to welcome back…

It’s time to pick a name…