University College deeply regrets to learn the sad news of the death of its senior Honorary Fellow, His Royal Highness Prince Philip, Duke of Edinburgh, on 9 April, aged 99. Other tributes will record the Duke’s lifetime of public service, and his extensive charitable work, but we remember today his links with the College.

The Duke was elected an Honorary Fellow in March 1953. According to the late George Cawkwell, this proposal was made by Sir Carleton Allen, former Warden of Rhodes House, and heartily supported by our then Master, Arthur Goodhart.

The Duke visited Univ on two occasions. The first was on 6 June 1958, when he signed the Admissions Register:

The 1958 Univ Record shows that he had a busy day: by the time that he came to visit us, he had attended the official inauguration of Nuffield College, and presented St. Edmund Hall with its charter. Here at Univ, he toured the Master’s Lodgings and Garden, where he met a mixture of Fellows, students and staff, and then the Alington Room, where he met more Fellows and a mixture of university and city dignitaries. Arthur Goodhart arranged that, on the way to the Lodgings, the Duke met a group of Fellows’ wives.

Some photos of the event are preserved in the archives. In one of them, Arthur Goodhart is introducing the Duke to Edward Heath, who had worked at the College for 57 years: 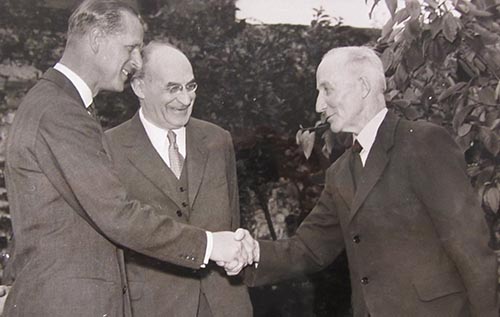 And here the Duke is evidently sharing a joke with David Gracie (1955), our then JCR President, seen on the right, and some other students: 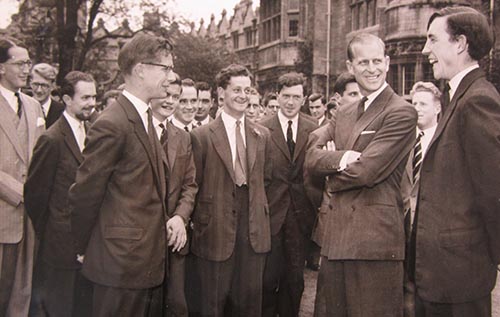 The Duke’s second visit to Univ was in May 1999 when he and our Visitor, the Queen, came to the College to help celebrate our 750th anniversary. A recent Treasure of the Month includes images of that visit, and can be found here.

Here are some other photographs of that day.

Here the Duke is talking with two more of our Fellows at the time, Helen Cooper (now an Honorary Fellow) and Theresa Morgan: 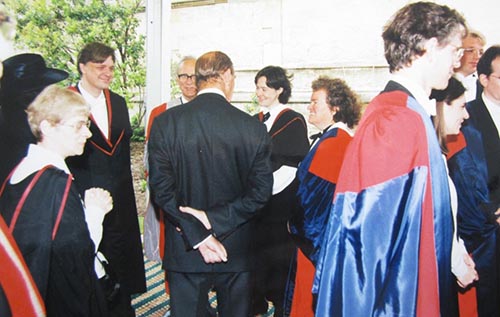 And here, this time in the JCR, the Duke once again enjoys talking to some Univ students, perhaps in a rather less formal setting than in 1958: 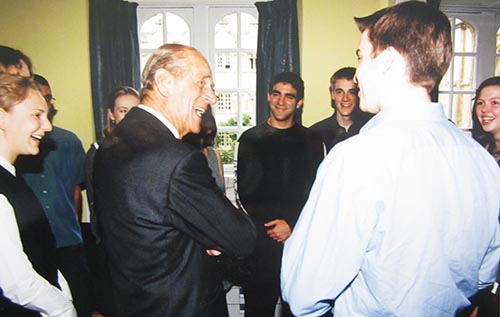 In this one, the Duke is talking with Dr Gordon Screaton and Professor Adrian Zuckerman: 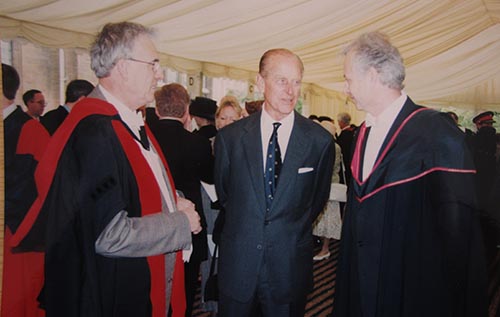 Those who were present on that day remember it as a very happy and memorable event.

The College sends its deep condolences to Her Majesty the Queen and to other members of the Royal Family.