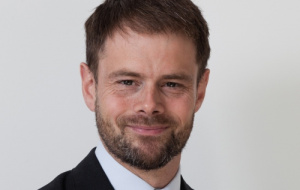 Skúli Magnússon (1997, Law) was elected Parliamentary Ombudsman of Iceland on 26 April 2021, serving as the President of the Reykjavik District Court at the time.

He is the third to be elected Parliamentary Ombudsman, the first was Gaukur Jörundsson, elected in 1987 and later Judge at the European Court of Human Rights. He succeeds Tryggvi Gunnarsson, in office since 1998.

Aged 51, Magnússon leaves behind him a judicial career as a District and Appeal Court Judge, Ad-hoc Judge at the Supreme Court as well as being part-time Associate Professor at the University of Iceland, Faculty of Law, for more than 20 years. In 2010 he was elected by the Althingi, as a member of the State’s Constitutional Committee and in 2017 the Inatsisartut, the Parliament of Greenland, appointed him as an advisor on its Constitutional Commission. He is the former Chairman of the Icelandic Judges Association.

Skúli commented, “Coming from the judiciary, I am only too familiar with the need for upholding the citizens´ rights in their relations with the State and public bodies. However, the Ombudsman is not only, at times, a recourse of last resort for the citizen but an institution which, unlike the judge, is able to prioritize and focus on issues and areas which would otherwise fall short of judicial and administrative review. This puts the Ombudsman in a unique position as one of the tenets for maintaining the Rule of Law and contributing to good government, not at least in times characterized by rapid technological developments and changing demographics. I am excited to take on this challenge and humble for the confidence placed in me by the Althingi.”

“I also had the honour of being visiting scholar at Ox/Univ and temporary member of the SCR not so long ago (2020) which means my debt to Univ has only increased!”

I have been remiss in…