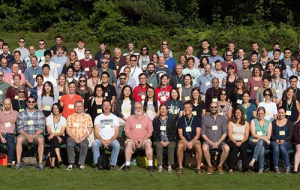 The Gordon Research Conferences were founded in 1931 as a nonprofit organisation dedicated to providing a safe space for the dissemination of new unpublished results. And they take this non-disclosure very seriously. Before attending the conference you agree not to photograph or talk about anything you hear. No phones are allowed out during the poster and talk sessions. They drive you off to hotel out of town where the accommodation, meals and socialising are contained within the same complex…are you getting the idea yet? Even though this may sound like the beginning of the latest horror film it was actually one of the most interesting and career advancing conferences I have had the pleasure to attend. The conference programe left large gaps during the afternoon purely for the purpose of networking. During these sessions I was able to met with potential collaborators as well as introduce myself to renowned names within my field. After copious amounts of food the evening would consist of further networking lubricated by an open bar. For those not inclined to traditional networking, a variety of activities were organised by the conference. These included hourse riding, kayaking, hiking, and yoga.

Just prior to the conference runs the Gordon’s Research Seminar (GRS). The GRS is run by early career scientists, for early career scientist. Consisting of one and a half days, it allows graduate students to present their research in a safe environment without the pressure of their ‘idols’ watching. I was lucky enough to be chosen for a 20 minute talk and presented work which I hope to publish in the coming months. The question I received where extremely thought provoking and insightful. Giving a talk also gave me a platform for the dissemination of my results and one professor even promised he would give me my first citation.

I am thankful to the Old Members’ Trust Graduate Conference and Academic Travel Grant for allowing me the opportunity to attend both the GRC and the GRS. 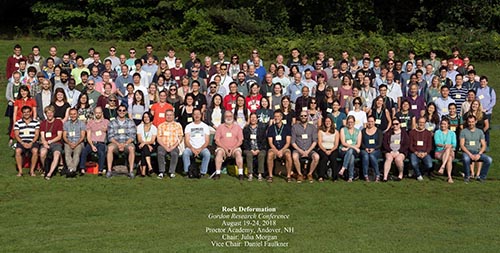