Fellow of the British Academy 2022 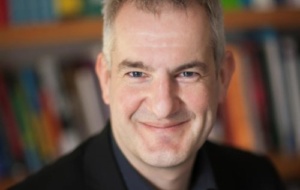 Professor Daniel Freeman, Supernumerary Fellow in Psychiatry, is one of seven academics at the University of Oxford to be elected as 2022 Fellows of the British Academy in recognition of their distinguished contribution to research.

Professor Freeman focuses on understanding and treating paranoia. He developed the Feeling Safe Programme, which is the most effective psychological therapy for persecutory delusions. He has also been a pioneer in using virtual reality to assess, understand, and treat mental health conditions. He also presented the BBC Radio 4 series “A History of Delusions”.

He pioneered the use of virtual reality (VR) to assess, understand, and treat paranoia. He has also led the designing and testing of new automated VR psychological therapies for mental health disorders. He aims to produce VR therapies that produce greater clinical effects than face-to-face therapies. He also co-founded and is a non-executive board member of Oxford VR, a spinout company from the University. Oxford VR built on his research into the use of virtual reality to understand and treat psychological disorders. He has written several popular science books on mental health issues including The Stressed Sex: Uncovering the Truth about Men, Women, and Mental Health.

Professor Freeman commented, “It is a wonderful honour. My work focuses on using psychological science to develop, test, and implement new effective therapies for mental health conditions. None of it would happen without the expertise and efforts of my research group, lived experience advisors, collaborators, mentors, and so many people behind the scenes in the Department of Psychiatry and throughout the university.”

Google’s Daydream Labs has been…