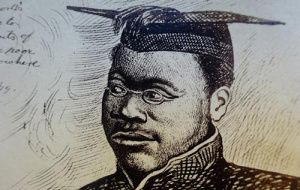 Cole was born in 1852 in Waterloo, Sierra Leone and enrolled at Oxford as a non-collegiate student in 1873 to read Classics. He received an income from his uncle, which he supplemented with teaching music, Responsions (the first exam once required for an academic degree at the University), and preparation for students’ divinity exams. 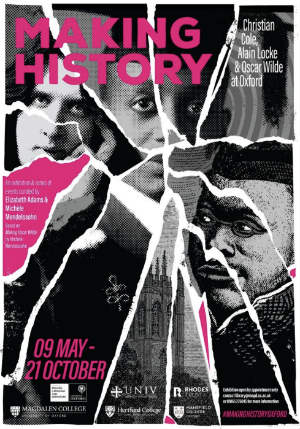 Pamela Roberts, creative producer, historian, Director of Black Oxford Untold Stories and author of Black Oxford: The Untold Stories of Oxford University’s Black Scholars described how the College stepped in when the income from Cole’s uncle ran out, “Herbert Gladstone [Old Member] elicited support from others including the Master at the time, George Granville Bradley, to ensure he could stay.”

In October 2017, a plaque was placed in Logic Lane to recognised Christian Cole. On that occasion, Robin Darwall-Smith, College Archivist, said “I have long been an admirer of Christian Cole. His ambition and determination were remarkable, and I hope that he will continue to inspire future generations of students. It is very exciting to have his place in the history of Oxford celebrated in this way.”

The exhibition will run from May to October 2019 at Magdalen College in collaboration with their Librarian, Daryl Green.

9 May: Exhibition Launch Party and Salon

30 May: Making History: Free Lunch and Discussion about Alain Locke’s Legacy with Nicholas Gaskill, Associate Professor of American Literature at the University.

Whilst cataloguing the Robert Ross…