Babel, or The Necessity of Violence 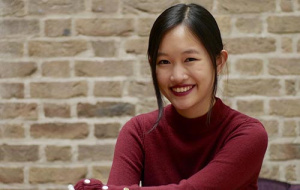 Rebecca Kuang (2019, MSc Contemporary Chinese Studies) has written a new novel, Babel, or The Necessity of Violence: An Arcane History of the Oxford Translators’ Revolution.

Set in 1828, Babel follows Robin Swift who when orphaned by cholera in Canton is brought to London where he trains for years in Latin, Ancient Greek, and Chinese, preparing for the day he’ll enrol in Oxford University’s prestigious Royal Institute of Translation — also known as Babel. Babel is the world’s centre of translation and, more importantly, of silver-working, which has made the British Empire unparalleled in power. Babel’s research in foreign languages serves the Empire’s quest to colonize everything it encounters.

Oxford is a fairytale for Robin: a utopia dedicated to the pursuit of knowledge. But knowledge serves power, and for Robin, a Chinese boy raised in Britain, serving Babel inevitably means betraying his motherland and when Britain pursues an unjust war with China over silver and opium, Robin must decide where he stands. In Babel, R.F. Kuang explores the power of language, the violence of colonialism and the sacrifices of resistance.

Rebecca Kuang is a Marshall Scholar, Chinese-English translator, and the Astounding Award-winning and the Hugo, Nebula, Locus, and World Fantasy Award nominated author of the Poppy War trilogy. Her work has won the Crawford Award and the Compton Crook Award for Best First Novel. She has an MPhil in Chinese Studies from Cambridge and an MSc in Contemporary Chinese Studies from Oxford; she is now pursuing a PhD in East Asian Languages and Literatures at Yale, where she studies diaspora, contemporary Chinese literature, and Asian American literature.

You can buy an exclusive edition of Babel as well as The Poppy War trilogy at Waterstones. Rebecca is currently touring bookshops in the UK. You can follow Rebecca’s writing and tour on Twitter.