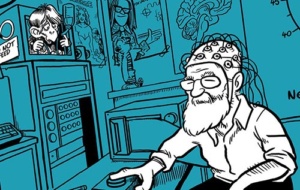 A History of Ideas is a series of radio programmes last broadcast on BBC Radio 4 in 2015. Each week a group of academics and professionals from related fields create short pieces on their area of expertise, all contributing towards answering a central philosophical question, including ‘What makes us human?’, ‘How can I know anything at all?’ and ‘How can we tell right from wrong?’. At the beginning of each week, the contributors sit down with Melvyn Bragg to discuss the issue and compare their perspectives – similar to the style of an Oxford tutorial – which allows for some engaging debate in addition to the more precise pieces throughout the week. This approach towards answering significant philosophical problems was one I had not encountered elsewhere and provides both an in-depth discussion of each issue as well as maintaining a real-world link to what are usually treated as abstract concepts by illustrating their practical applications.

The pieces produced by academics take the form of mini documentaries, including regular explanations of new concepts and key figures throughout. This means that the series as a whole is perfect for introducing philosophy to those who have never read or studied it before, as well as providing new angles for those who have tackled it for years. A memorable instance of this comes during the discussion on ‘What makes us human?’, as Theologian Giles Fraser uses the example of Blade Runner’s replicants to illustrate and question Wittgenstein’s ideas on human identity, asking what precisely makes the replicants ‘not human’ and demonstrating how this boundary is consistent with Wittgenstein’s position that respect and moral values among humans are what set us apart from similar beings.

Each contribution to each question provides a similarly diverting and altogether new way of encountering the problem at hand, while also providing central ideas on the philosophical theory which can serve as the starting point for some thorough and comprehensive research on topics of interest to the listener. This series was instrumental in sparking my interest in Philosophy, and the questions within it continue to represent several key topics within the subject when I think of them now. For those who struggle to sit down and read a physical book, especially heavy works on theory which are often suggested to students starting out with Philosophy, I would suggest this series is the perfect way in.

Listen to A History of Ideas at bbc.co.uk

Book review can be explored on our Reading Bank.

Oranges Are Not the Only Fruit