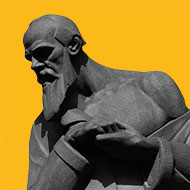 The Modern and Medieval Languages course at Oxford is primarily literature-based, allowing exploration of language, history and culture through the lens of the poetry, drama and prose written in the target language. Additionally, a growing number of options are available in cinema. Through your literary studies you will gain insights into gender issues, popular culture, art history, ethics, history, philosophy, politics, psychology and theology. You can choose to focus on a particular period – the medieval, the early modern or the modern era – as well as studying individual authors or themes in depth. The Oxford course also has an immersive approach to the linguistic aspects of foreign languages, allowing plenty of time for language teaching through regular classes, and more intensively through a year aboard which every student completes during their course. On graduating, students can expect to speak fluently in colloquial and more formal situations, write essays, and translate with accuracy and sensitivity to vocabulary, styles and registers.

Modern Languages at Univ can be studied as a pair of languages (e.g. Russian and French), as a single, “sole” language or in combination with the joint schools of Classics, English, History, Philosophy or Linguistics. Modern Languages at Univ specialises in Russian and Czech (correct for 2023 entry.) We are the only Oxford college to have both a Russian fellow, Professor Polly Jones, and a Czech fellow, Dr Rajendra Chitnis, making us a key centre for undergraduate and graduate Slavonic studies in the university. For all courses involving Modern Languages (except History and Modern Languages) the College requires that Russian or Czech be one of the subjects studied, either within joint schools (e.g. Russian and History, Philosophy and Czech), or within the Modern Languages School itself (e.g. Russian and French, Czech and German). Univ’s Modern Language undergraduates are able to study Russian or Czech with some prior knowledge of the language or alternatively they may begin from scratch. (Russian from scratch can only be taken with another language that you are already studying at A-level, not as part of a joint school). This specialisation creates a community of students studying similar languages, who are supported by Russian and Czech tutors. Full support is of course given to students studying the many other languages that the College offers.

The Modern Languages course offers many different language options. In order to support our students in whichever options they choose, a number of academics with affiliations elsewhere in the Collegiate University are lecturers at Univ and they teach and advise our students on an ongoing basis. Currently, these include:

There is a wealth of information about the Modern Languages course structure, possible option choices, and admissions criteria on the University of Oxford’s main website, available at ox.ac.uk

Any undergraduate degree at Oxford provides you with a wide variety of transferable skills and therefore Univ’s students progress to a diverse range of careers. For some, their undergraduate degree leads to academic research, industrial research or teaching. For many, their future career, for instance in business, government or the charitable sector, is defined less by the subject they studied and more by the skills they acquired. Oxford’s Careers Service provides destination statistics for graduates.

If you are considering applying for Modern Languages, a number of resources you might find useful to explore beyond the school curriculum can be found on Univ’s Staircase12 pages, including the Reading Bank and Resource Hub.

In this video Professor Polly Jones describes some of the exciting opportunities offered by the study of Russian literary texts. She goes on to illustrate this with reference to a passage from Aleksandr Solzhenitsyn’s short 1962 novel, One Day in the Life of Ivan Denisovich, which caused a sensation in its day by broaching the taboo topic of the Stalin-era labour camps (Gulag). Watch on YouTube.

In this video Dr Rajendra Chitnis talks about why you might study Czech and Slovak at Oxford, what the course involves and the opportunities it opens up. Watch on YouTube.

In essence, Linguistics tries to answer the twin questions of how all human languages are alike and how individual languages differ from each other. In Oxford linguistics at undergraduate level forms part of two joint schools, Modern Languages and Linguistics (MLL), and Psychology, Philosophy and Linguistics (PPL), see Experimental Psychology & PPL.

The first year Linguistics for both MLL and PPL involves a substantial introduction to the whole field of Linguistics, with introductory topics such as the study of sound (phonetics and phonology), language in society (sociolinguistics), and language as it changes (historical linguistics). In the remainder of the course, students have various options alongside core modules. The available options to both MLL and PPL students include study of the areas in the introductory course in greater detail and some more specialised possibilities, including a linguistic project involving fieldwork.

Univ welcomes applications for MLL (with Russian or Czech) or either of the PPL combinations involving Linguistics. The College has its own organising tutor for Linguistics, and as well as providing tutorials, this tutor works closely together with the Modern Languages, Psychology and Philosophy tutors in College to tailor the course as closely as possible to each individual student’s interests and preferences. Specialist options in recent years have included Old Norse and Romanian. Univ library is well provided with the books commonly needed by linguistics students, and the College has various schemes to which student may apply for funds to support undertaking fieldwork.

Students interested in a course involving Linguistics at Univ should also see our course page for Experimental Psychology & PPL and information on Modern Languages above. There are also options involving linguistics within other courses such as English, Classics, and Modern Languages.

Any undergraduate degree at Oxford provides you with a wide variety of transferable skills and therefore Univ’s students progress to a diverse range of careers. For some, their undergraduate degree leads to academic research, industrial research or teaching. For many, their future career, for instance in business, government or the charitable sector, is defined less by the subject they studied and more by the skills they acquired. Oxford’s Careers Service provides destination statistics for graduates.

Linguistics is not a school subject, although school courses such as the A level in English language include topics in linguistics. It’s therefore not necessary to have any formal background in linguistics in order to be offered a place. However, it is obviously advisable for potential applicants to find out about what the study of Linguistics involves.

If you are considering applying for a course involving Linguistics, here are some resources you might find useful to explore beyond the school curriculum:

Many UK schools participate in the UK Linguistics Olympiad (see uklo.org) and there are equivalents in many countries worldwide.

There are lots of very accessible books about language; starting points might include:

Univ is proud of our diverse and engaged team of academic staff. Please note, however, any individual tutor may move on and that in any given year a number of our tutors may be on research leave. We cannot therefore guarantee that you would be taught by the tutors listed on this website should you come here to study. The College will ensure that fully qualified staff are available to cover research leave. A number of Univ’s academic staff are primarily involved in research and, therefore, some of the academic staff listed on our website may not deliver undergraduate teaching.