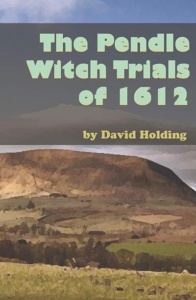 Rachel Hasted’s book provides a succinct, accessible, and thoroughly enjoyable introduction into a fascinating part of my own local history. Growing up and attending school in a small town in Lancashire meant that much of British History covered in lessons at school felt distant. This was heightened by the strong focus on the monarchy seen in the history curriculum, which is also, often, rather London-centric. As a result of this, I was interested in exploring the history outside of the exam-board narrative and closer to my everyday life. I wasn’t disappointed and found a captivating yet underappreciated historical event.

The Pendle Witch Trial centred upon the accusation that 12 so-called ‘witches’ from the rural Pendle Hill area of Lancashire were involved in the murders of 10 people. 11 went to trial, and of those, 10 were found guilty, and sentenced to execution by hanging. The normal rules for evidence were abandoned in witchcraft trials, which resulted in the most condemning evidence being given by 9-year-old Jennet Device, who testified against her own mother, brother, and sister. Such a large number of executions was highly unusual, and it is estimated that the Pendle Witch Trial alone accounts for around 2% of all executions for witchcraft between the early 15th and early 18th centuries.

This becomes even more interesting when you consider the way in which Lancashire was viewed at the time. It was seen as lawless and wild in this period, partly due to the lack of control that authorities in London had over it, as a result of the large geographical distance between them. Moreover, it was a traditionally Catholic County, which caused problems for the devoutly Protestant King James I, who also happened to have a deep fascination, and fear of witches (this may sound familiar if you studied Macbeth for GCSE English Literature!). This religious, cultural, and social conflict adds a whole new depth to the tale of the Pendle Witches, who were almost certainly innocent members of the community. Their vulnerability due to their age, religion, and social status made them easy scapegoats in an anti-witch, anti-Catholic, and (arguably) anti-northern narrative.

I would recommend delving into the story of the Pendle Witches to anyone interested in History. However, the main take away from the book for me wasn’t the content, but rather the importance of embracing your own unique interests and experiences. Applying to university provides the opportunity to explore your subject in any way that you want to, beyond the confines of the curriculum. For me, this involved finding out more about my local area, but could manifest itself in the exploration of anything you find interesting.

This book helped me to realise the importance of diversity within studying history, and the value in ‘taking the road less travelled’ as it were, because it is here where I was most challenged, but ultimately rewarded. In summary, I would strongly recommend to anyone both this book, and taking an individual approach to exploring your subject whenever possible.