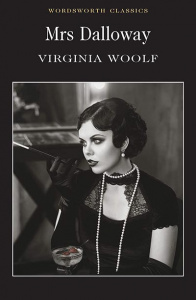 By Virginia Woolf
Review by Alexandra (English Language and Literature)

I first read Mrs Dalloway when I was about 15 years old, and from the first page I became convinced that if this was English Literature then English Literature was the subject I wanted to study. As a teenager, I often tried reading classic novels, but I could never escape the idea that novels were “weighty” and “hard work”. With Mrs Dalloway I discovered that classic literature can be a pleasure from cover to cover.

In a nutshell, Mrs Dalloway follows one day in the life of the ageing socialite Clarissa Dalloway, as she meanders through the streets of London in 1923, planning a party for that evening. As Clarissa navigates the streets of the capital, she remembers being the same age as her daughter Elizabeth and reminisces about her past life and loves in her country home of Boughton. Woolf also follows the fortunes of Septimus Warren Smith, a young soldier returned from the war severely shell-shocked. As the day wears on the lives of Smith and Dalloway dramatically and fatally collide in the climax of the novel.

The story of Mrs Dalloway is incredibly powerful, and I’ve yet to read it without crying. However, aside from its literary value, it also perfectly complemented my GCSE History topic on World War I, both because of Woolf’s sensitive and insightful depictions of shell-shock and the perfectly captured zeitgeist of the 1920s. For the same reasons, I also found it an interesting comparison to my English topic on War Poetry.

The thing I love most about Virginia Woolf’s writing is that is doesn’t have to be understood to be enjoyed. When in doubt, take Roald Dahl’s advice, and “don’t worry about the bits you can’t understand. Sit back and allow the words to wash around you like music.” Although Woolf’s subject matter is always impeccably chosen, it is just as enthralling to let her mellifluous prose wash over you.

Take this sentence, one of my favourite quotations:

“She had the perpetual sense, as she watched the taxi cabs, of being out, out, far out to sea and alone; she always had the feeling that it was very, very, dangerous to live even one day.”

If you like the sound of it, then why not give the book a try. I hope you enjoy it as much as I did!