In Defence of Marcus Caelius 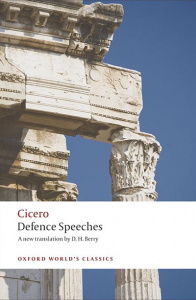 In defence of Marcus Caelius (Pro Caelio) is the flagship speech of the inventor of the diss track, Marcus Tullius Cicero. Seriously – go look up his Philippics if you don’t believe me. 14 speeches of insulting Mark Antony. That’s dedication.

Pro Caelio sees Cicero defending the son of his friend from accusations of murder, conspiracy to murder, and civil unrest, and has Cicero adopting the age-old tactic of ignoring the accusations and attacking the witness – in this case, an older woman named Clodia. Capitalising on the trial’s clash with what would have been a public holiday, Cicero wins over the jury by entertaining them, partially with comedic jabs at the Clodia and partially by doing impressions of various famous citizens, including ones who were still alive, well, and present at the trial. It includes such phrases as: “I’m not saying she did it, but if there were someone legally distinct from her but identical in every other way, she’d be guilty” (paraphrased), “She’s the sort of woman who’d kill her kids to get back at her husband” (paraphrased, barely), and “She spends many a night getting ‘comfy’ with her husband; my mistake – I meant to say brother” (not even paraphrased). Pro Caelio is a masterclass in style, misdirection, and oratory. Read it in Latin if you like, but you’ll still be getting the full experience if you choose to read it in translation.

The speech is available in parallel translation from Loeb Classics online.