The insects of Univ 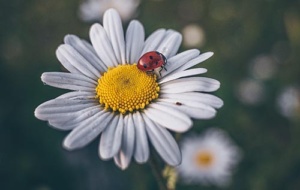 Enhancing our insect population is key to our ecosystem and vital for our College gardens and grounds as insects then pollinate blossoms, control plant pests and aerate soils.

College has introduced insect houses/bug hotels, log piles and reduced mowing areas, thus allowing wildflowers to prosper, a big area of this has been undertaken at the Sportsground and College boathouse areas that I maintain and now the Garden Team are fully involved which these practices and encouraging our other sites in doing similarly. At the sportsground, fallen wood is allowed to decompose naturally, grasses are allowed to flourish, encouraging light and shade for insects, whilst at other sites logs are collected and piles formed.

In 9th and 10th week of term, Univ, along with 20 other participating colleges, took part in a biodiversity audit, data was collected on insects, this was undertaken so that in subsequent years we can re-measure that data and act accordingly.

In the Univ insect audit, pan traps were placed at six locations across three sites, the Sportsground, Staverton and Main site.

In total 4,744 insects were collected from the pan traps set at the Univ sites, Univ boasts the greatest numbers of beetles and flies of all the colleges surveyed, which I am very proud about. Results for both groups primarily reflect very large numbers sampled at the Sportsground, which illustrates that our cultural methods, planting regimes are benefiting the bugs.

The majority of insects found comprised of flies like the parasitoid wasp and beetles. The flies identified at the site comprised a large number of species, including those that feed on carrion, plants, fungi and other insects. Parasitoid wasps were popular in the findings, the mother lays an egg inside a host, and the developing offspring consumes the internal organs of the host while it is still alive, a scene similar to the movie Species back in the mid 1990’s. Most parasitoids are specific to a single host species with large numbers of parasitoids at a site usually indicating a high diversity of other insects, and spiders. By regulating host populations, many parasitoid wasps play an important role in pest control, which is great as it means less pesticide usage required and protection of plants/crops. The third largest group was the beetles. Among the beetles sampled were ladybirds, which prey on aphids and play this all important role in pest control, together with weevils, leaf beetles and pollen beetles, all of which feed on plants.

The report was really encouraging and to be 1st for insects out of 20 colleges is something we should be very pleased about; there is still more to do and this year we will see more bees being homed at college and more wildflower displays introduced.

For any students and staff interested and that would like to know more on the locations of the traps they can be found on the app site (what3words). The traps were set at the following:

Have your say on sustainability

We welcome feedback from across our extended Univ family and all are encouraged to make comments or suggestions for actions, small or large, which could improve sustainability at Univ. Current students and staff are invited to provide feedback using the form on our Intranet here.

Those without access to Univ’s Intranet are most welcome to send their comments or suggestions via email to Justin Bowyer – Justin.Bowyer@univ.ox.ac.uk

All comments and suggestions will be presented to the Sustainability Committee at the next available opportunity.

We look forward to hearing your ideas.

Over the coming months we will continue reporting on sustainability initiatives from across College so please look out for these on our News Hub and social media channels – Facebook, Twitter and Instagram.

Pollarding Willows with the OCV

I usually read through…

With much of the central…

As with departments across College…

All of College’s sites store…