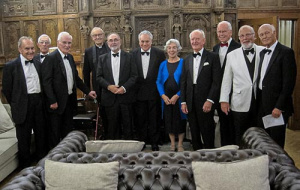 Since the launch of the Univ North fundraising campaign in 2020, we have heard many stories of Old Members and friends of the College coming together to back this transformational project. One such story comes from the “Mooters” who matriculated in 1953 – “Moot” here meaning “meeting” or “gathering together”, nothing to do with Law!

In 2003, to mark the 50th anniversary of their matriculation, Patrick Nobes (1953, English) asked some of his closest friends from Univ to join him in launching the Golden Bursaries Appeal. They were concerned about the growing cost of a university education and worried that this might prevent talented candidates from less privileged backgrounds from applying to university, and in particular to Oxford and Univ. Though their aims were modest, they managed to raise over £30,000, enough to fund two “Golden” bursaries. 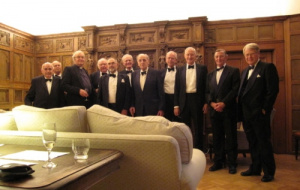 The idea was that as every matriculation year would reach their 50th anniversary and once the scheme was launched it would be self-perpetuating. The 1954 matriculation group took up the torch and ran with it, and so the scheme continues to be successful to this day, having raised over £1.5 million.

The “Mooters” are a close-knit group of the original 1953 and 1954 fundraising teams. They regularly meet in Oxford and London to catch up, share stories, and learn more about Univ’s activity. In 2020, the Mooters were unable to meet in person, but their attention was caught by Univ North. They came together to raise £534 (symbolic of the 53/4 matriculation years). Patrick Nobes remembers:

“We exchanged thoughts when the appeal for the new settlement was made. Some had already given as individuals, and all of us had been contributing to Univ appeals for 60 or more years in different ways. Nonetheless, we felt that we would be happy to register our support.”

Read more about Univ’s vision for a second community on our Univ North page.

None of us predicted that…