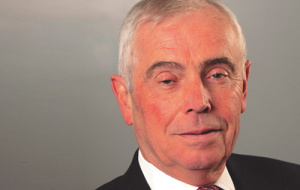 The College reports with deep regret the passing of Old Member Kevan Watts (1969, PPE and Philosophy), who died on 10 November 2018, aged 67. Kevan was an Open Scholar who came up to Univ in 1969 and won the University prize for Philosophy in 1972; he retained a passionate interest both in Univ and in philosophy, long after he graduated. Although most of his career was devoted to banking, he always had a hankering for the academic life.

Kevan gained a first-class degree in PPE and a postgraduate degree in Philosophy at Univ before spending seven years working at HM Treasury, including two years as Private Secretary to the Permanent Secretary. He worked at Merrill Lynch for 38 years across its various offices in New York, London, Mumbai and Hong Kong. He held several senior positions including Co-Head of Global Investment Banking, Chairman of Europe, Middle East and Africa (EMEA) and Pacific Rim regions, and Chairman of International. Between 2008 and 2010, he oversaw Merrill Lynch’s business in India following their merger with the Bank of America.

In 2011, Kevan was recruited by HSBC as a senior advisor and he went on to assume the role of Vice Chairman, Banking, regularly travelling to Asia on business. He also served as Chairman of the UK-ASEAN (Association of South East Asian Nations) Business Council, a non-profit organisation founded in 2011 by the UK government to facilitate trade and business relations between the United Kingdom and Asia, was a member of the International Advisory Council of Chinese telecom equipment company Huawei Technologies and a member of the Advisory Board of Corsair Capital, a long-standing private equity firm exclusively investing in financial services. He was also a director of Frankham Estates Limited.

In recent years Kevan was a 20/20 Campaign patron, and a member of the College’s Development Board. He and his wife endowed the Sir Peter Strawson Fellowship in Philosophy.

He was a lifelong supporter of Tottenham Hotspur Football Club, joining the Club as a Non-Executive Director in 2010.

We extend our sincere condolences to Kevan’s family and friends at this difficult time.