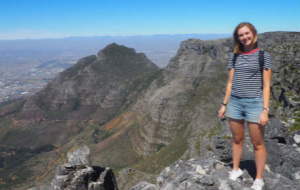 As part of my paediatrics rotation, I was fortunate to have the opportunity to undertake a three week placement at the Red Cross Children’s Hospital in Cape Town.

As one of the most specialised paediatrics hospitals in the continent, the hospital provided an excellent opportunity to see and treat patients with a number of conditions which I would never have seen in the UK. However, the major differences in paediatric medicine related to broader societal and epidemiological in South Africa; conditions were often picked up much later (and with more florid signs) due to the lack of screening programmes or poor healthcare access. A notable case was a 5 year old refugee boy from Zimbabwe with pelvic ureteric junction (PUJ) obstruction. Due to the lack of healthcare access and scanning facilities, he had developed such extensive kidney dilation that he presented with a very large mass covering almost an entire side of his whole abdomen. 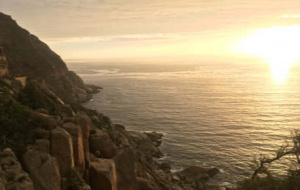 TB and HIV remain highly prevalent throughout the Western Cape and are responsible for a significant source of health problems in the paediatric population. Other presentations such as chronic malnutrition and diarrhoea secondary to poor sanitation were, sadly, all too common. Despite a number of efforts, Cape Town, and South Africa more generally, remains a very segregated city and both healthcare access and education continues to be poor in the communities most in need making it difficult to tackle these problems. 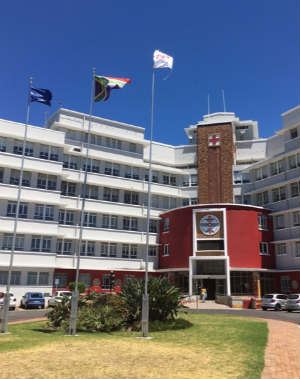 The style of medicine taught and practiced in Cape Town was also a stark contrast to that in the UK and there was a strong paternalistic feel in the hospital. For example, clinics often involved the consultants scolding the patients and their parents for not taking a certain medication. Similarly, ward rounds were very much tailored to the doctors’ agenda with only a brief explanation to the parents about what was going on. Surprisingly, very few of the doctors spoke Xhosa, the primary language of the vast majority of children and parents on the wards, and were sometimes unable to communicate with more than a few basic phrases. These experiences made me very appreciative of the specific teaching and focus that is placed on communication skills in UK medical education and the NHS.

The clinical learning environment in Cape Town was very different in style to the UK with a much more ‘hands-on’ focus given the lesser availability of investigations, particularly imaging, even in a very specialised hospital. I was encouraged to be very involved in clerking patients and writing the management plans for the day; although initially daunting this was a rewarding experience. Lastly, I was also able to attend the annual UCT Paediatrics refresher conference which had an interesting global health perspective on various core topics. 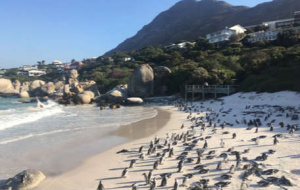 Outside of the hospital, I was able to do a great deal of exploring in and around Cape Town. My most memorable moments include hiking (most notably Table Mountain), horse-riding and surfing as well as appreciating local food, cultural events, museums and the rich, but turbulent, history of the city.

I would like to thank the generosity of the Graduate OMT Travel Fund for making this experience possible.