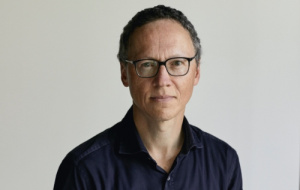 Professor Oliver Zimmer teaches European History c. 1760 – 1914 for both the first year (Prelims) and papers taken in the second and third years (Finals). He works on the social, cultural and political history of Europe c. 1760 – 1939, particularly its German-speaking parts. Themes of special interest include citizenship, nationalism, religion, liberalism and its role in the formation of cultural norms and expectations, time and temporal rhythms, the history of towns and cities, the cultural history of economic life, and historiography and theory.

Why did you become an academic?
I was the first member of my family to attend university, so an academic career was hardly on the cards. History became a passion for me at some point, something that I had to pursue, and the rest took care of itself. While I was undoubtedly committed to what I was doing from a certain point onwards, I didn’t plan for an academic career. I’m not sure if this strategy would work in today’s rather regimented academic environment, where in my own discipline even graduate students worry that their research interests might fail to satisfy the latest tastes and conventions of the profession. When I started out, academia, at least in England, was a good place to be for a non-conformist. I’m not sure that’s still the case.

How has your research and/or teaching changed during lockdown?
As archives and research libraries shut down or became difficult to access, I turned to reworking existing draft papers and articles. I also began to do some extensive reading for a new book I’m intending to write in the next few years, on the history of epistocracy since the Reformation.

I found online teaching quite a challenge, and I think that’s how it was experienced by most of our students, particularly those new to Oxford. There is no substitute for in-person teaching. A one-to-one tutorial can work quite well online, as do large lectures. But tutorials with three or more students, or seminar classes, are in my view unsuitable for online teaching. 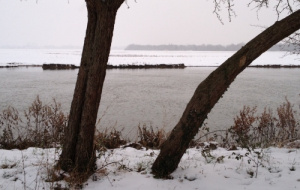 Photo of Port Meadow in the snow taken by Professor Zimmer

Are there any misconceptions about the area of history you research that you would like to correct?
My field is modern European history, and my current book is what you might call a social history of time and social rhythms. I focus on railway commuters in Germany and Britain to explore how people adapted to the shift from local times to national standard time that was facilitated by the railways. To this day, many historians assume that the nineteenth century had witnessed the hegemony of a linear culture of time from which no-one could escape. That impression – which results from a conflation of formal time and experiential time, of railway timetables and human temporal awareness – I regard as deeply misleading. More broadly, as a historian I have argued for some time and using different kinds of evidence – from religious processions in the so-called age of secularisation to railway travellers grappling with modern railway traffic – that men and women constructed the modern world through the more archetypical emotional and cognitive lenses they had inherited from their forebears. Insofar as this holds true, the ‘modern’ is an illusion, if a very consequential and powerful one.

What’s your favourite part of being an academic?
Aside from the scholarship, the writing, and the exchange with outstanding colleagues, it must be Oxford’s undergraduate and graduate students. The most precious memory I will take away from my time at Oxford relates to the genuine curiosity and brilliance of the best students I had the privilege to meet. Most academics working for a world-class university tend to take this for granted after a few years, but they shouldn’t. It’s a gift.

What I could do without is the entrenched managerialism that now impedes academic life by draining it of its energy, usually under the pretext of a progressive cause. The most remarkable take on this syndrome that I am aware of comes from the late John Gardner (1965 – 2019), a distinguished legal philosopher who from 2000 to 2016 was a professorial fellow at Univ. In an interview he gave a few weeks before his death, John commented in characteristically perspicacious fashion: “I would like the generations coming up behind me to enjoy the same freedoms that I enjoyed, with permanent jobs, secure pensions, and a lot less time spent filling in forms. I think that gradually, over the past 30 years, power has tended to shift from academics to managers and administrators under the guise of taking onerous tasks off the hands of academics. The result: more onerous tasks for academics.”

Have you faced any challenges in your life that you are happy to share here? If so, how did you cope with them?
The biggest challenge, at least early on in my career, was self-confidence. How did I cope? By staying committed to what I was doing, and by sharing my self-doubts with good friends. It helps to know that the people who suffer from doubts in their own ability are often those we consider too brilliant to be subject to this kind of affliction.

Professor Zimmer with his wife and family

Do you have any advice for students especially given the difficult circumstances?
Make the most of this once-in-a-lifetime opportunity. Follow your passions. Accept your occasional self-doubts and try to use them productively. Share your experiences with people you trust. Also: Be sceptical of people in authority, particularly those who use the words ‘progressive’ and ‘regressive’ more than three times a week… They may be on a bit of a mission.