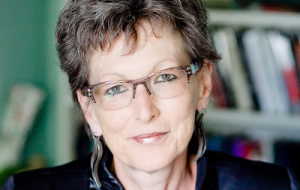 Professor Nicola Lacey CBE (1979, BCL), Honorary Fellow, is School Professor of Law, Gender and Social Policy at the London School of Economics and Political Science. She was Senior Research Fellow at All Souls College, and Professor of Criminal Law and Legal Theory at the University of Oxford from 2010-2013.

How do you think you changed from the first moment you stepped through Univ’s doors to your graduation?
My two years at Univ. as a BCL student were really the foundation of my career as an academic. While I am not sure I would have had the confidence to benefit from the tutorial system as an undergraduate, as a graduate student I found the relatively small seminar groups, intensive teaching and glittering array of lectures and seminars across the university incredibly stimulating. I also much enjoyed the social life at Univ, and hugely appreciated in particular the kindness and support of David Bell as Dean and of Brian Loughman as Dean of Graduates, Martin Matthews as the law tutor with main responsibility for my progress, and the unforgettable George Cawkwell, whose Bentham dinners were a highlight of my two years at Univ. Indeed the Bentham is where I met Herbert Hart, whose biography I later had the good fortune to write. Several of the people I met at Univ remain among my dearest friends (indeed one of them is my husband!) Last but by no means least, being one of the first intake of women – one of only three women in the Weir Common Room – was a fascinating, and a radicalising, experience.

Why did you go into research?
I particularly enjoyed writing my BCL dissertation under Professor Joseph Raz’s supervision. When I was lucky enough to get a job at UCL on graduation, I intended to hedge my bets by reading part time for the Bar exams while working on a book. The book swiftly took precedence simply because I found the process of researching and writing it utterly absorbing.

What are you working on at the moment?
I recently completed a long-term project on the development of ideas of criminal responsibility in the English legal system since the eighteenth century. After writing a paper on populism and the rule of law (which isn’t really my research area: I wrote it as a way of thinking through the current political climate and its implications for law) I have settled back into another long-term project on the comparative political economy of crime and punishment. On this project, I am working with David Soskice (former economics tutor at Univ, now a political scientist at LSE and, as it happens, my husband) on why the United States is so different from other relatively similar countries, and how this relates to its long run economic, legal and political development. I also work with philosopher Hanna Pickard on the relationship between clinical and punitive approaches to criminal justice, asking in particular how institutional counterparts of interpersonal forgiveness could be facilitated in the criminal process, and examining the implications of such an approach for victims of crime.

What does a week in your life look like?
That very much depends on whether it is term time or not. In term, I spend three or four days a week at LSE, either teaching, attending meetings, seminars or events, and – increasingly! – sending emails. My time at home is mainly spent preparing my teaching, more emails, and perhaps working on research projects. During the vacations, I work mainly at home, and that is when I get most of my research and writing done. This is a pretty sedentary and potentially lonely business, enjoyable though it is; so I am careful to leaven it with plenty of exercise, regular visits to theatres, concerts, operas and cinemas, and a very active social life.

What challenges have you faced in your academic career? How did you overcome them?
Probably the biggest challenge was managing a high teaching load across five subjects during my early years as an academic in Oxford (at New College from 1984), while trying to establish my research reputation. I also faced some challenges in helping to make New College a fairer and more congenial environment for women. As the only woman on the governing body and one of only a handful of women in the SCR, I had to make time for plenty of campaigning. I think that what carried me through that time was that both my teaching and research were hugely interesting and enjoyable, while the political challenges were eased by the pleasure of working with some remarkable feminists across the University, as well as building good relationships in the College.

Are you surprised at the direction your life has gone in?
I marvel at my luck. But I think it would be disingenuous of me to say I am surprised by the general direction of my career in a substantive sense. I sometimes joke that I discovered at school that I was good at writing essays and have carried on ever since!

What does 40 years of women at Univ mean to you?
I’m hugely grateful to Univ, and to my tutors at UCL who encouraged me to apply for the BCL. I’m proud to have been part of the first intake of women. I’m very happy that the anniversary is being celebrated so fully – and only sorry that the occasion it marks didn’t come sooner…