Katharine Ellis is 1684 Professor of Music at Cambridge and is the first woman to hold the post. Her research on musical life in 19th century France has earned her fellowships of the British Academy, the American Philosophical Society, and the Academia Europaea. Across two degrees at Univ, she sang in the Chapel Choir, was Secretary to the Music Society, led various student orchestras, and formed a string quartet and piano trio.

Why did you decide to do a BA in Music?
There was almost no question as to subject: we lived and breathed music at home—especially orchestral and chamber repertoire. The only real decision for me was whether to aim for a place at a conservatoire (as a violinist) or at a university. I was decent at languages and interested in literature and history, so the university route made sense.

Did you choose Univ, or did Univ choose you?
One of each. For the BA, Univ chose me. Like many comprehensive school applicants I had little idea what to look for in a college, and I plumped for one with a large subject cohort. By the time I had done the interviews I realised it was a mistake. I was unbelievably lucky that Edward Olleson, then Tutor in Music, offered me the single Music place available. For the DPhil, requesting to return seemed self-evidently the right thing to do.

Did you always know that you wanted to do further study?
No, I was torn. When I left Univ for the first time I did a diploma in orchestral playing at the Guildhall School. But I became aware very quickly of the risks of rank-and-file life. If there was a defining moment, it was when a professional desk-partner groaned “Oh God, I’ve got an enthusiast” after I told him I was looking forward to the day’s music. I have cherished my amateur violinist status ever since.

Doing my DPhil was a joy and a privilege. I turned myself into a cultural historian working on French music journalism of the 19th century—a world of high ideals but murky realities—and inhabited the Upper Reading Room and the Taylorian on a daily basis. By the time I finished I was a JRF in French Studies at St Anne’s College and a card-carrying archive rat. And I was primed for the interdisciplinary cut and thrust of my first permanent job, at the Open University.

How do you think you changed from the first moment you stepped through Univ’s doors to your graduation? 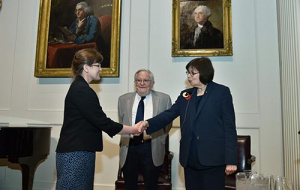 I matured by making mistakes in a supportive environment, and the tutorials I remember most vividly are those where the message was effectively: you’re wrong, but you’re on to something we can usefully talk about. From a starting point where I doubted my capacity to keep up, I learned to stand on my own two feet and to be self-critical without being self-destructive.

How did involvement in extra-curricular activities at Oxford impact your studies and career post-Univ?
Being hopeless at turning down opportunities I did far too much extra-curricular music. But multi-tasking taught me to be organised and to remember that the quality of other people’s experience depended on whether I could give 100% when it really mattered. In academia, each teaching contact hour is a performance, even if the emphasis is on generating discussion rather than communicating one’s own ideas. It means I draw on my Oxford experience every time I walk into a lecture room.
Of course, almost every concert involved either writing or editing programme notes. It’s quite an art, and it taught me a lot about writing for specific readers. Could a musical texture be described as “muddy”—as a fellow student once described Brahms in a programme note I edited? In a review, perhaps, but in a text for a paying audience looking to enjoy themselves, perhaps not!

Do you have any advice for those considering applying to Univ?
Just do it. Univ is a special place in which to grow.

Do you have anything to say to students in their final year at Univ?
It might seem perverse to take up a new interest or rekindle an older one when you are homing in on Finals and job searches, but doing so might just relax you and keep you sharp when you most need it. If it is something involving transferable skills that might be attractive to an employer, all the better.

You’ve had lots of pioneering leadership roles as a woman—from editing major journals, to setting up the Institute of Musical Research, to taking up the endowed chairs at Bristol and Cambridge. Do you think there is a knack to succeeding as a female academic leader?
If only it were so simple! Sometimes it has been like walking on eggshells: it’s as if an all-purpose gendered put-down—which could easily undermine my successors—is just one mistake away. At some stage I expect it will become acceptable for female leaders to exhibit the same range of personality traits as male leaders, but that won’t necessarily be a good thing.

My maxim is to be ruthless with time and gracious with people. I say sorry—a lot—and I make clear that my role is to facilitate and not to direct. It’s a question of leading on people’s behalf, rather than being a leader. 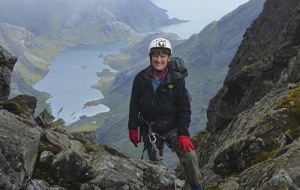 Any remaining ambitions?
I’d love to do the whole of the Black Cuillin Ridge on Skye. I’ve done three of the twelve…

What does 40 years of women at Univ mean to you?
At Univ in the early 1980s I experienced no harassment, no mansplaining, no patronising behaviour and no discrimination. Only encouragement. Looking back on that from 2019 and the depressing lows of #metoo, it hardly seems possible. I suffered imposter syndrome, yes, but on grounds of class and educational background rather than gender.

So I would say that where women are concerned, Univ simply needs to hold tight to its 1980s principles and to ensure that they are reaffirmed at every opportunity. But I would also say that those egalitarian principles need to be visibly extended to all sectors of society. As an intellectual community the college can do a lot to make equality of respect non-negotiable—especially when there is so much backlash elsewhere.