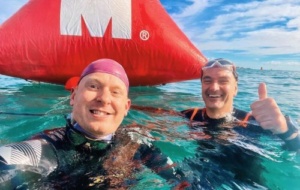 James Townley died on Friday 21 September 2012 while serving in Afghanistan on his third tour. James was a much-loved son, brother and friend. He read Engineering and Computer Science at Univ before joining PWC and then the Army where he was commissioned into the Corps of Royal Engineers. James had entered an Ironman and was due to compete after returning from his tour in Afghanistan. 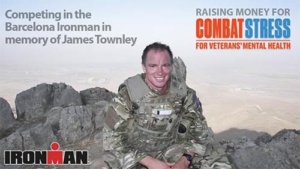 To mark the 10-year anniversary of his passing, UCBC Old Members Neil Slinger and Pete Smith competed in the Barcelona IRONMAN on 2 October 2022 in his memory. Upon consultation with his family, Neil and Pete have decided to raise money and awareness for the charity Combat Stress, the UK’s leading charity for veterans’ mental health.

You can find out more information and how to donate on their GoFundMe page.