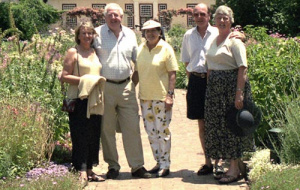 The College deeply regrets to report the death of Yvonne Pye, widow of Honorary Fellow Graham Pye, and generous benefactor, with Graham, to Univ.

Yvonne was born in India and educated in Madras, and then, after spending time in Malaysia and Singapore, moved to London, where she worked as a secretary at the Café Royal. There she met Graham Pye, whom she married in 1966. Graham was the Chairman and Managing Director of the Pye Group of Companies, housebuilders who built extensively in the United Kingdom. Yvonne, in the meantime, worked at the Museum of Modern Art before becoming a secretary at the Ditchley Foundation. She then worked at the Indian Institute, before being persuaded to work at Pyes.

In conjunction, however, with their busy working lives, Graham and Yvonne were also generous donors and supporters through their trust, the Mr and Mrs JA Pye Charitable Settlement, to many charitable organisations in and around Oxford. In particular, they took a keen interest in music, and Graham reorganized the trust “Music at Oxford”, ensuring an important series of classical music concerts in the city. 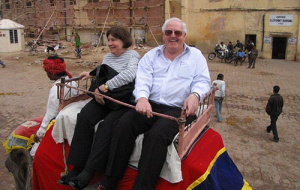 Dr Gordon Screaton, in his obituary for Graham in the 2009 Record, remembered that he “was introduced to the College by our old member Anthony (Tony) Nathan (Univ 1961–4) who was a great friend of the Pyes. Graham and he shared a love of fine wines. Tony had said that it would be a good idea if the College got to know Graham and indeed that was how it turned out to be.” Soon after the Pyes came to know Univ, the College was able to offer a series of Pye Junior Research Fellowships that were of great benefit to young academics at the start of their careers. Together Graham and Yvonne later funded Univ’s Pye Tutorial Fellowship in Mathematics, which was held in turn by Professors Gordon Screaton and Michael Collins and now by Professor Peter Howell. 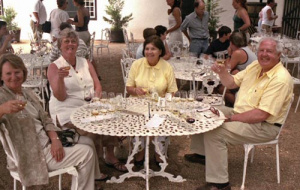 However, Graham and Yvonne helped the college in many other ways. Not only were they regular and welcome attendees at College feasts and other events, but Graham used his specialist knowledge in the property market to advise the College on the Boathouse and on its estates. He also took part in one of the College’s Strategic Planning conferences at Ditchley. Gordon Screaton remembered with great pleasure that Univ presented Graham for an Honorary MA awarded by the University in 2002.

Graham died in 2009, but Yvonne maintained a strong connection with Univ until her death, taking a continuing interest in its activities. The College therefore mourns the passing not only of a generous benefactor to the College but also a good friend.