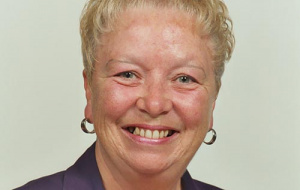 College deeply regrets to report the death of Sandra Williamson. Sandra, and her husband Ian (who died in 2012), worked at Univ from 1985 until they retired in 2006. Throughout this time Ian worked as our Caretaker. Sandra, on the other hand, took on several roles. For 10 years she was Hall Supervisor, and she worked in the Kitchen Office, became Hall Manager, and lastly was a Resident Warden, working in a welfare role with the Dean and Chaplain. Sandra and Ian retired to Spain.

Sandra and Ian were great supports to the College, and there are, we know, many Old Members who will remember them very fondly. Their daughter Angie is currently Housekeeper at Stavertonia, and we send our deep condolences to her and the rest of Sandra’s family.