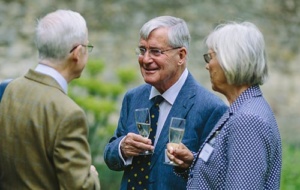 The College regrets to report that Dr Godfrey Fowler OBE (1950, Medicine), who served as the College’s doctor from 1981-91, died on 29 March 2022 aged 90. Godfrey was a Fellow of Balliol College from 1978-98, and the University’s Clinical Reader in General Practice. In 1996 he was elected a Professor of General Practice

A few years ago, Godfrey recorded a video about his experiences at Univ, which can be seen here.

Godfrey’s funeral will take place at 11.00 on Monday 25 April in the Chapel of Balliol College. We at Univ extend our condolences to his family.

An obituary to Godfrey will appear in the next issue of the University College Record.