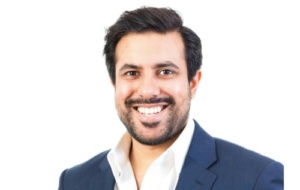 Avin Rabheru (2001, PPE), Housekeep founder and CEO, has been awarded an MBE in the Queen’s New Year Honours for services to entrepreneurship and digital innovation. At Univ, Avin was awarded a scholarship for Prelims, before winning the Harold Wilson Prize for thesis.

Housekeep is the UK’s largest home cleaning service, making it easy for customers to book, manage and pay for cleaning online. Housekeep’s technology pairs cleaners with local customers, reducing the time they spend travelling and increasing their efficiency. The technology increases cleaner earnings by up to 50%, and has saved over £6 million in travel costs to date. The technology has also saved over 2,600 tonnes of CO2 – the equivalent of planting 42,000 trees.

Master appointed to the Order of the Garter

On behalf of the entire College…