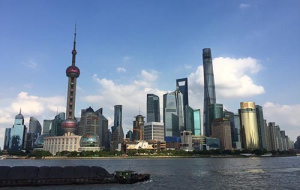 Equipped with a recently approved vaccine and a serendipitously timed visa, I found myself in Beijing this July, having finally navigated the morass of cancelled flights, border closures, and indecipherable government websites that had delayed my trip by more than a year.

My original plan was to work north from Shenzhen, stopping to investigate the “Smart Cities” that surrounded Fuzhou and the coastline beyond. I had first grown interested in urban infrastructure through my research at Oxford, where I wrote about Jacobean indoor theatres as early sites of environmentally minded literature and design. Over the past decade, pilot projects focused on digitally integrated cities have appeared throughout Asia, but China remains unmatched in its ability to quickly iterate on these developments at scale. In normal times, I would have been able to speak directly with people working on these Smart Cities and see a cross-section of projects, both old and new. Current difficulties, however, made me grateful for the meetings I managed to have, often with students or researchers who were themselves facing considerable delays to development projects that had been planned for years.

When I arrived in Beijing, I quickly confronted the difficulty of navigating the country without the full network of support I had expected to rely upon. Following a dull but thankfully streamlined quarantine, I wandered through the city in search of a train that would take me to Shanghai, relying on gestured directions from strangers after my phone quickly gave itself to the rain. 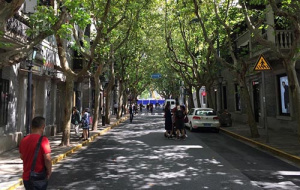 The streets of Shanghai

I never grew comfortable with the bullet trains, which always seemed to both depart and arrive in the dead of night. At dawn in Shanghai, I found my accommodation and began to walk streets surprisingly leafier than London’s: all a mixture of European architecture and modern franchises, splintering off into residential courtyards sunken into the shadow of the glass towers. I spent the next few days learning about the city’s 5G integration efforts from William, a thoughtful engineer with a familiar accent from his childhood in Los Angeles. A mutual connection had put us in touch, and William’s eagerness to share was invaluable, offering an inside look at everything from centralized property management software to the poetry of the Tang Dynasty.

After taking 40 stones off me in our final evening’s game of weiqi, William leaned back, shut his eyes, and asked me to share some stories about my life. I talked about driving in California and punting in Oxford, trying to draw out a comparison with Suzhou’s nearby canals, but no sooner had I mentioned studying Shakespeare than he began to recite from Cymbeline, giving the elliptical funerary song a surprising intensity. We parted the next morning at the train station. 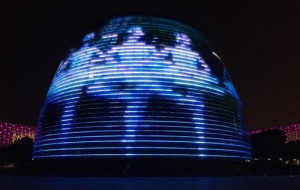 Suzhou was stunning. Drooping trees lining the side streets gave way to stone facades and unlit lanterns, a small square bisected by a stream. At one point, a young boy beckoned me over and pointed to the water before returning to his game, grinning as he flicked coins at the fish. I wandered through scenes like these for hours each day, trying to assemble them into some cohesive sense of Suzhou as a city – which, despite its traditional beauty, surpassed Shanghai in some displays of modern development. By night, a massive glass arch and curiously digitized orbs put on a light show that fit what I had learned of the city’s determined stance on innovation. While punting on the canals, I befriended two other graduate students: a Croat interested in tropical illnesses and a Spaniard studying the avian life of polluted estuaries. By chance our paths aligned, and I followed them back to their work in Fujian, where a small research team was advising a local coastal revitalization project.

That week in Fujian was the busiest of my trip. The students first showed me around the civic works projects in Fuzhou, noting areas where privately developed smart neighborhoods would be slotted into the existing scaffolding of autonomously monitored roads. I took day trips to sites in the Quanzhou Business Investment Zone and Putian, before arriving in Xiamen, which lived up to its promising motto: “Comfortable city; coastal garden”. Starting in the 1970s, the region’s natural inlets had been subjected to massive geologic disfigurement, sculpted by tons of dredged sediment into a network of enclosed lakes, almost Floridian condo complexes, and multi-lane causeways. If anything could be said to connect what little I managed to see of China, it would be areas like this—eerily half-developed, but at a scale far grander than anything undertaken in Europe for more than a century. 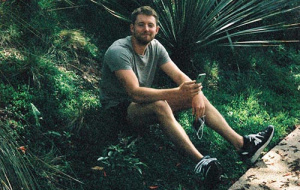 On the isle of Gulangyu

Finally, I had time for a brief visit to the isle of Gulangyu, where an old colonial port was now the site of numerous studies into the movement of tourists in protected natural sites. Throughout my trip, I was excited to learn about the variety of practical research methods employed to consider the implications of rapid urban expansion.

Shenzhen, tantalizingly near to the south, has long been the center of these advances, but the city sadly remained out of reach due to heightening restrictions on domestic travel. Sensing a renewed period of curtailment, I caught my train back to Beijing and embarked for Los Angeles—grateful for what little I had managed to see of China.

I would like to express my deep gratitude to University College and David and Lois Sykes for their support, and also to the enigmatic young employees of the Coastal Cities Research Institute, whose expert swimming and subsequent unexpected hospitality proved invaluable when I encountered a riptide off the coast of Gulangyu.

A socially distanced trip through Wales