Editor of The Wall Street Journal 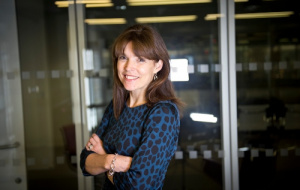 Emma Tucker (1986, PPE) has been appointed as the new Editor of The Wall Street Journal. She will officially join the newspaper in February.

In 2020, Tucker was named editor of The Sunday Times. She was the second female editor in the paper’s history, the first in over a century. In 2021, The Sunday Times was awarded Sunday Newspaper of the Year at the U.K. Press Awards and won scoop of the year at the 2022 London Press Club awards for its “cash-for-honours” coverage.

Previously, Tucker was Deputy Editor at The Times. Beginning her career as a graduate trainee at the Financial Times, she eventually became the editor of FT Weekend. Emma joined The Times as Associate Features Editor before taking over the editorship of Times2 a year later. After five years, she took up a new role as Editorial Director where she helped foster a much closer working relationship between the editorial and commercial teams, leading to several successful long-term partnerships. She also launched a series of Times Luxx reports targeting the fashion and luxury market.

Throughout 2022 we have published…