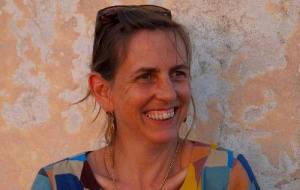 Clare Bayley looks back on her time as Visitor in the Creative Arts 2020-2021 at Univ. It’s been an eventful year!

When the post of “Visitor in the Creative Arts” was conceived, it was no doubt thought beneficial for students fraternise with practising artists, to gain insights into the creative process and make useful connections for their future careers. But the benefits are a two-way street: for an artist of any sort it’s a boon to connect with young people. I’ve ended up invigorated and restored by the energy, creativity and openness of Univ students. Things that in the professional world seem daunting and difficult suddenly appear not just possible – but already happening. Unstoppable. Exhilarating. 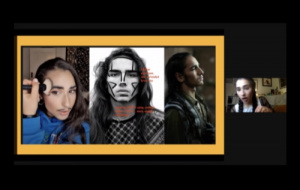 For a theatre artist in the middle of a pandemic which closed all theatres, this was like a port in a storm. Coronavirus forced me to put on hold or radically re-think my original plans, but that itself gave rise to unexpected new ventures: a short film written during lockdown about isolation and filmed using Zoom with a student cast all confined to their rooms and forbidden from socialising. An online non-binary drag workshop, with all participants alone in their private spaces – which somehow allowed the explorations of their personal drag personas to be freer, bolder and more experimental. The collection of short stories and poems written during online workshops produced in a limited edition, hand-stitched, paper zine – because we had all become jaded with the digital world, and craved what is tangible and material. 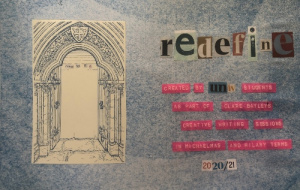 The possibility of a ninth week festival of post-restrictions, in-person, live events at the end of Trinity term dangled like a tantalising prize. Michelle Terry, artistic director of Shakespeare’s Globe theatre agreed to visit us and give a talk to the Shakespeare Society. I tentatively floated to the Univ Players the idea of performing extracts from my translation of George Sand’s Gabriel in site-specific locations to a small, promenade audience. Before I knew it, we were scoping locations, holding auditions and rehearsals were underway. 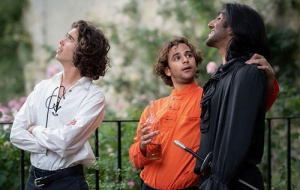 Gabriel anticipated Orlando’s gender swap romance by almost a century. The nature of the drama meant that two different casts (one with a female Gabriel and Astolphe, the other with a male Gabriel and Astolphe) allowed us to tease out the implicit suggestions and resonances of the original play. Our initial plan to reveal Univ’s hidden indoor spaces was scotched two weeks before the first performance, as restrictions were extended to July. Instead we switched our attention to outside places, liberating the Italianate portico at the back of the Examination Schools from the bin store which normally obscures it; re-imagining Logic Lane as a street in 17th century Florence and the vaulted archway in Radcliffe Quad as a chamber in a Renaissance palace. The bee-friendly garden behind the Old Library was a bucolic spot for a love song, and the main quad offered itself as an irresistible centrepiece for a duel.

It felt like a joyous act of faith and defiance to continue to work on this performance despite the uncertainties. But the rain held off, the virus stayed away, exams ended and the quads and archways were filled again with laughter, singing and raucous voices. A reminder of what, in the words of Michelle Terry, theatre offers: “To express the inexpressible, bear the unbearable, laugh, cry and celebrate all that unites us”. And a taste of the full play, which will be performed in Univ next summer.